On Tuesday, September 3rd, the TRX cryptocurrency remains under pressure, but there is no more aggressive selling. The instrument is generally trading around $0.0158.

In order to understand what is going on with TRX (TRON), let us have a look at the daily timeframe. Here, we can see a channel of stable declining to $0.0111. In the current situation, a decline may be the only possible option. However, we should pay attention to the convergence forming on the MACD upon reaching an important correction level of 78.6% Fibo. The declining may also be taken as the second correctional wave, according to the Elliott Wave theory. A breakaway of the current resistance line may become the beginning of the third wave. 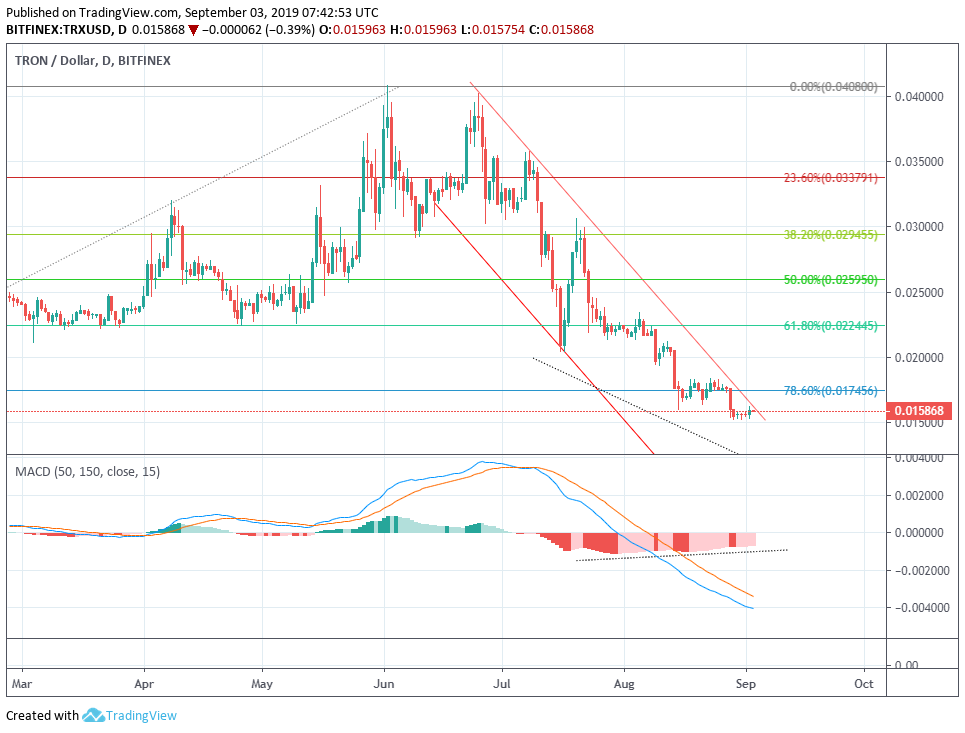 On H4, a consolidation Flag after a declining impulse is forming. The Stochastic, upon entering the oversold area, has formed a Gold Cross, which may signal upcoming growth. However, the development of an upward movement requires overcoming the resistance line at $0.0162; but a breakaway of the local minimum of $0.0151 should not be excluded either. The result of such a breakaway may be a decline to $0.0135. 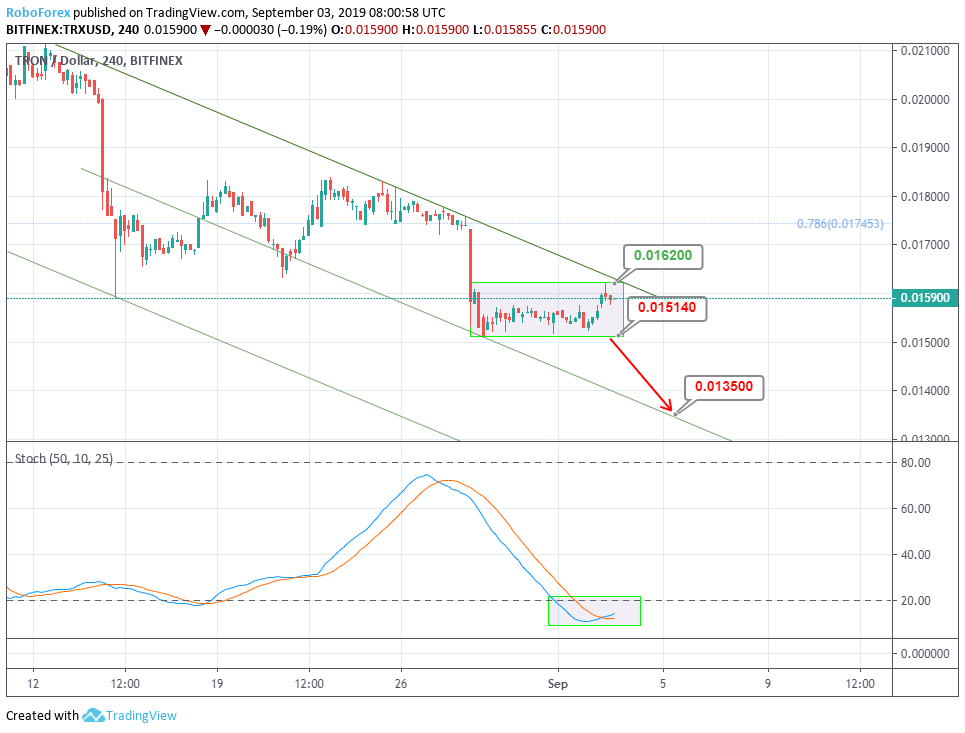 The cryptocurrency exchange Bithumb now supports trading the TRX in pair with the USD and the BTC. The news appeared on the Justin Sun’s Twitter, the creator of the TRX, and the news is good for the cryptocurrency anyway: the wider the representation of the instrument on exchange markets and the easier it is for investors to buy it, the better.

However, the TRX has shown no reaction to the information yet; moreover, last week was quite stressful for the cryptocurrency as it decreased by 14%.

The effect is, perhaps, due to the low level of trust to the Bithumb exchange itself among traders: earlier, the investors’ attention was attracted to the information about a data leak from the exchange. In the world where privacy and safety are so valuable, it was a serious blow for the reputation of Bithumb.

The exchange will have to work on safety issues anyway: South-Korean banks have restricted the demands on the exchange markets trading cryptocurrencies, and a number of platforms will not be able to extend their licenses until they renew their mechanisms of user data protection.