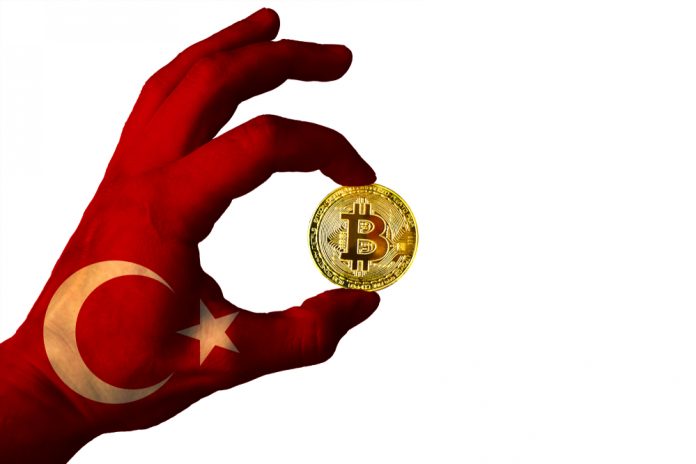 Remember when cryptos were deemed unusable because, unlike fiat, they were volatile? The tables are gradually turning and Turkey is the latest case. The country’s currency, the lira, has recently experienced a drastic drop in its value relative to the US dollar which has quickly drawn comparisons with Bitcoin. Faced with an economic crisis and a trade dispute with the US, the lira collapsed 20 percent in the past week, a greater drop than Bitcoin. Turks have sought alternative payment methods as they wait for the lira to stabilize, and cryptos have been the leading option.

Turkey’s relations with the US have been strained for some time now, and they have only gotten worse over the past few days. On August 10, President Trump announced that he had doubled the tariffs on Turkish steel and aluminum, noting that the lira had continued to slide against the US dollar. The announcement only accelerated the downward spiral of the lira. Year to date, the lira has dropped by over 45 percent.

Just like with other nations whose fiat currencies have experienced uncertainty, Turks are turning to cryptos, mainly Bitcoin, for stability. According to Forbes, the country’s crypto exchanges have experienced a surge in the number of clients as well as in the volume traded over the past few days. Turkey’s largest crypto exchange, Koinim, has reported a 63 percent increase in its Bitcoin trading volume since Trump made the announcement. Paribu and BTCTurk, the other two major exchanges in the country, also reported 100 and 35 percent increases respectively.

Turkey joins Iraq in turning to cryptos for stability, but with one marked difference. While peer-to-peer exchanges led by LocalBitcoins have experienced a surge in Iraq, it’s the centralized exchanges that have benefitted in Turkey. This is because the Turkish financial system has continued to support crypto exchanges and grant them access to basic financial services. And with the US-Turkey trade and diplomatic dispute not likely to be resolved anytime soon, the exchanges could see even higher trade volumes in the coming months.

Recently, Turkish president Recep Erdogan encouraged Turks to convert any euros or dollars they owned to lira to help revamp the currency. Describing the ongoing crisis as “a war of independence and the future”, Erdogan expressed his confidence that Turkey would emerge victorious in the diplomatic dispute with the US. In the meantime, however, Bitcoin and other cryptos keep gaining users who are not so confident in the lira’s ability to bounce back.

Turkey has been a country with especially controversial stands, not just on cryptos but on other payment technologies as well. In 2016, the country made headlines after it forced PayPal to shut down its operations, citing its failure to comply with the set regulations. The country’s banking industry regulator denied the California-based payment processor an operating license, and not surprisingly, cryptos were the major gainers. Following the announcement that PayPal had ceased operations in the country, crypto exchanges immediately reported a surge in their transaction volumes as individuals and businesses searched for an alternative payment process. Whether the current momentum will hold is anyone’s guess, but if the lira doesn’t recover soon, cryptos could make their case as a better form of money than the country’s fiat currency.