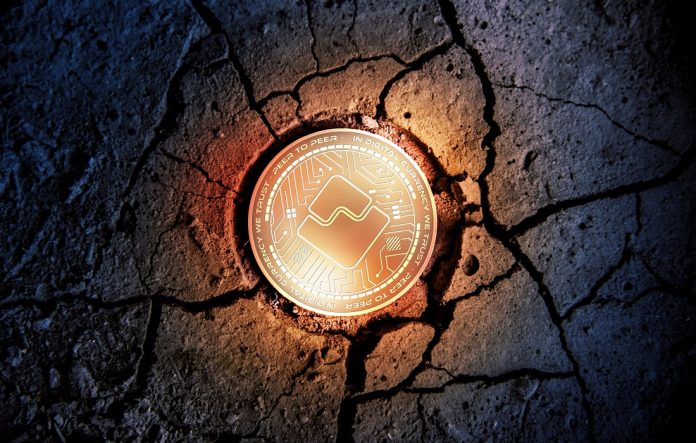 Given the rather uneasy momentum affecting all cryptocurrencies right now, it is virtually impossible to make sense of it all. A lot of things can happen in very quick succession, although there are never any guarantees for success whatsoever. For the Waves price, things are looking pretty good right now. Its solid gains continue across the board, effectively generating some positive buzz amidst this sea of red.

It has been a pretty interesting start to the week for Waves. Although this altcoin project has been somewhat overlooked during the extended bear market of 2018, that situation may come to change sooner than people anticipate. The current gains across the board paint a positive outlook, even though most people will readily acknowledge this uptrend might not necessarily be sustained for very long.

Over the past 24 hours, there has been a net 8% Waves price increase in USD value. Additionally, the altcoin has gained 7.5% on Bitcoin, which is the most important development. Altcoins will need to gain on Bitcoin if they want to remain relevant throughout the remainder of 2018 and early 2019. Solely relying on Bitcoin for positive price momentum will not work out by any means. So far, Waves seems to be checking the right boxes in this regard.

A major development may effectively warrant this positive Waves price trend. The developers have announced a new version of the mobile app has been released, which includes a lot of additional functionality. The support for the built-in decentralized exchange is pretty significant and it seems users can also lease their Waves tokens accordingly. That in itself is pretty interesting to keep an eye on.

We are excited to announce a long-awaited update of the #Waves Mobile app! Deposit, store and withdraw your #crypto securely, trade your assets on DEX, lease your $WAVES — everything is now available right on your smartphone! Read more about it here: https://t.co/5Qp7YKTa8r pic.twitter.com/y5hsCXj2GV

A lot of people are looking at the Waves price right now, which is only to be expected. As Torjus Gaaren points out, it is evident there is some positive momentum on the short-term price candles first and foremost. At the same time, watching five-minute candles will never let traders and speculators gain any real understanding of how a particular market will evolve moving forward. Keeping the bigger picture in mind is crucial, especially where altcoins are concerned.

#WAVES on the 5 minutes is starting to look like NASDAQ on the monthly..

Unsurprisingly, there are some juicy Waves arbitrage options to explore as well. One interesting option includes a triangular arbitrage method, which can yield some rather spectacular profits. A gain of 105% is possible, assuming one follows the instructions outlined by the Tweet below. It also involves some of the lesser-known exchanges, which can make this seem a bit less appealing for specific traders and speculators.

Hurry! 105.76% triangular arbitrage in #WAVES via #CoinDCX. If you buy #WAVES in #BTC market from #Huobi and convert it to #DOGE in #CoinDCX and sell it on #BitBns.

With all of this information in mind and the uneasy market momentum remaining in place, the Waves price may not necessarily rise much further. A push to $1.7 is a possibility, but it seems the momentum will dry up fairly soon afterward. That is not necessarily a promising development, although it will mainly depend on what happens to Bitcoin first and foremost. For now, that doesn’t seem all that promising, although one never knows how these markets evolve moving forward.