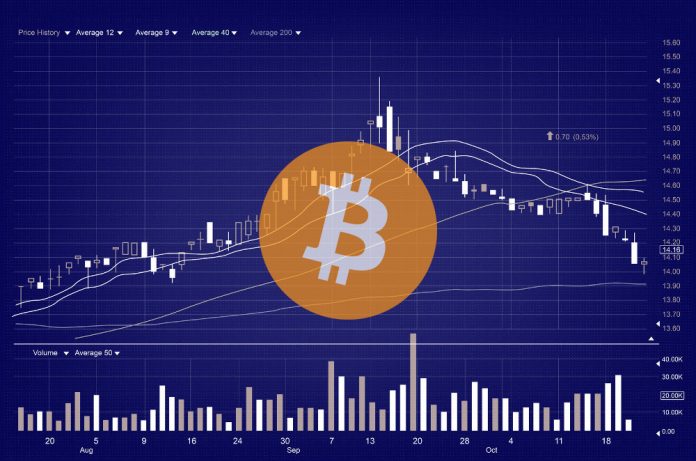 Although the 2019 cryptocurrency market didn’t show the same bullish trend as 2017 and 2018, it was a year of many interesting projects that nurtured innovation. Whether you’ve been interested in crypto for a while now, or you’ve decided that now is the time to start investing in it, it’s important to stay up to date with the moves of the market and find out how the crypto landscape will evolve.

In spite of the volatility of Bitcoin, which, if we were to believe the media, has died several times in 2019, cryptocurrency is here to stay and it’s no longer just a trend. As companies and even governments are considering launching their own digital currencies, we can expect to see a more mature regulatory environment in 2020, as well as plenty of exciting innovations that will further expand the applications of crypto.

More companies and even states will issue their own cryptocurrencies

Bitcoin was launched in 2009 and even though in 10 years it has gained more and more trust, some people still picture crypto to be too risky and volatile as an investment. In 2020, this could change, as the countries and businesses that plan to issue their own digital currencies could offer that final vote of confidence that crypto needs to gain mainstream appeal. China, Russia, Sweden, and Japan are just a few of the countries that want to roll out cryptocurrencies in the near future and start a new monetary era. Moreover, after Facebook announced that they want to launch their cryptocurrency, Libra, other giant companies like Amazon, Walmart, and J.P. Morgan Chase announced similar plans. As of now, the fate of Libra is still uncertain because of Facebook’s poor user privacy record, but the project itself sparked an interesting conversation about corporate giants moving into the cryptocurrency space and thus potentially making it less volatile.

Cryptocurrencies reached a cumulative market cap of $237.1 billion in 2019 and the interest in this market is higher than ever. As people from all over the world start trading crypto, the regulatory environment becomes all the more important. For a long time, crypto trading was unregulated, but there were many big changes after the market boom of 2017 and, in 2020, the regulatory framework is expected to mature even more in order to increase traders’ security. The first effect of tighter regulations such as the EU’s 5th Anti-Money Laundering Directive (5AMLD) will be the closing down of many exchanges and brokers that operate in a grey area but, in the long run, this is all for the best because it doesn’t stop innovation. Instead, it creates a safer environment for traders, reduces scams, and prevents the wrongful use of cryptocurrencies.

Crypto as an investment opportunity

Traditionally, cryptocurrency is not allowed as an investment option, but the demand for it is so high that not even conservative players can afford to ignore it. Set against the disruptive FinTech background, crypto is likely to become a viable investment opportunity in 2020 and users could be able to use it in the same way as other traditional currencies. For example, there are now many Forex brokers with low spread on cryptos and more banks will offer integrated cryptocurrency trading. Although progress is still slow in this field, because traditional banks perceive crypto as being too risky, FinTechs will continue to innovate and create new standards in user experience.

Cryptocurrencies are great, but what kind of currencies are they if you can barely use them to buy anything? For many years, finding a store that accepted crypto payments was an almost impossible quest, but experts forecast that in 2020 retail adoption will continue to rise. Right now, Microsoft allows users to purchase games, movies, and apps in Microsoft and Xbox online stores. With eGifter, users can buy gift cards from major retailers such as Amazon, Sephora, and Home Depot with crypto. Even Starbucks partnered with cryptocurrency trading platform Bakkt to offer crypto payments in the first half of 2020. When big names validate crypto this way, they automatically generate more traction and if this trend continues, crypto owners will be able to use their crypto wallets for just about anything in the following five to ten years.

Switzerland, Singapore, Estonia, Japan, and Germany are currently some of the friendliest countries for crypto Hodlers, partly because of their regulatory environments. Although it’s unlikely that new players will take their place in 2020, new innovations brought by emerging markets such as Malaysia and South Africa will create some friendly competition and cater to an even wider pool of users.

The fate of ICOs will be decided

In 2017, ICOs were the business idea. Powered by the Blockchain revolution, thousands of young and innovation-driven entrepreneurs submitted their enthusiastic whitepapers and started a new era for startups. However, the success of ICOs as business models is still uncertain and that’s mostly because many of the ICO startups that gained a lot of funding ended up being complete flops. In 2020, upcoming projects such as Hdac and Filecoin will determine whether ICO really is the ultimate solution for filling the funding gap.

2019 was an eventful year for Bitcoin, facing many drops and then rebounding quickly. That caused many media outlets to announce that Bitcoin was dead and that the bubble finally burst but, at the beginning of 2020 the cryptocurrency was alive and well. This year, fluctuations will be inevitable considering that news and political stands on crypto affect its value, but what will be more interesting to see is how Bitcoin will compete with state and company-owned cryptocurrencies. According to one analyst, Bitcoin will explore and exceed $10,000, but even if that’s to be believed, it’s important to have realistic expectations and do your research before making bold moves on the crypto market.