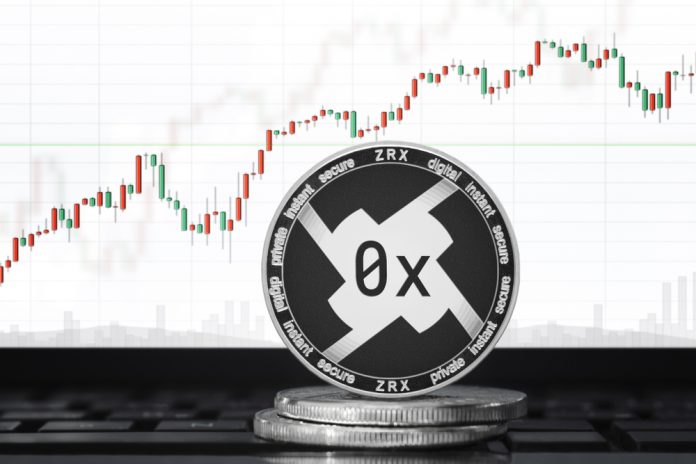 With so much positive cryptocurrency market momentum to take into account, it will be interesting to see what the future holds.  For the time being, things look very promising, especially as long as the Bitcoin price remains in the green. The 0x price, for example, is rising very quickly as of late.

There is a very good reason as to why the 0x price is rising so quickly these days. Coinbase recently made it clear the company will be adding support for new currencies and tokens in the near future. Among the tokens highlighted by the exchange is 0x, and it seems that is fueling plenty of 0x price speculation at this point. Whether or not that momentum will remain in place for some time, is a different matter altogether.

For the time being, there is a 17.56% 0x price increase over the past 24 hours. It is a remarkable gain, especially when considering how most of the other cryptocurrencies only note a gain of 2-5% in the same timespan. Assuming this momentum remains in place for quite some time to come, the 0x price may effectively surpass the $1.15 mark in the coming days. As is usually the case, the current market conditions are subject to change, and nothing has been set in stone at this time.

The current 0x price momentum is also aided by solid gains over both Bitcoin and Ethereum. The 0x/BTC ratio improved by 15.32% in favor of the altcoin, whereas the 0x/ETH ratio rose by 14.54%. This further confirms the 0x price is in a very good place right now, although it is possible this momentum will turn around fairly soon. Sundays are always interesting for cryptocurrencies, albeit they never pave the way for long-term gains.

All of this current momentum isn’t aided all that much by the current low trading volume. All cryptocurrencies have suffered from a decline in trading volume over the weekend, and the 0x market is no exception in this regard. With just $31.237m in 24-hour trading volume, there isn’t too much of a demand for 0x, despite all of the positive momentum and hype associated with this market at this time.

As one would come to expect, there is a lot of trading volume stemming from the Binance exchange. Its BTC and ETH pairs are both in the top three, separated by Upbit’s KRW market. BitMart and Bittrex bring two additional BTC markets to the top five. Although this is not necessarily an influx of new money entering the 0x market, it is still a pretty good mix of trading pairs

As is always the case when it comes to cryptocurrency markets, things will be very different come Monday. When exchanges clear new deposits and users begin cashing out profits, the markets will see some big changes which may not necessarily be all that positive for certain currencies. In the case of the 0x price, it is a matter of time until the market is affected by profit takers who drive the value down accordingly.