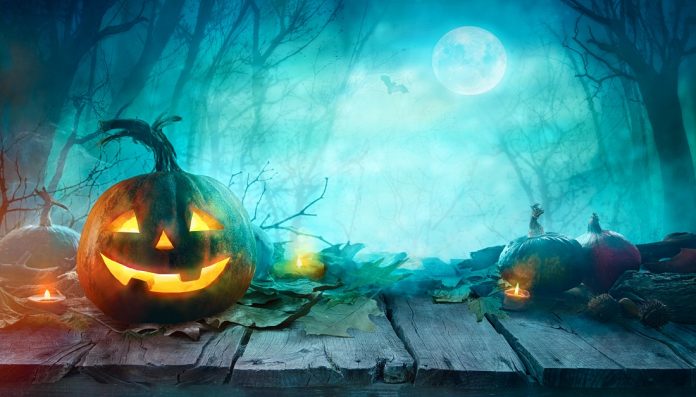 Halloween is almost upon us, which often brings out people’s creative side first and foremost. Several ideas have been proposed in Reddit pertaining to cryptocurrency-related costumes, though they may be a lot more difficult to pull off in a convincing manner. Below are some of the more interesting, albeit probably unrealistic ideas in this regard.

Although there has been a Bitcoin bubble costume before, the concept still has a lot of merit in 2018. After last year’s numerous media reports pertaining to cryptocurrency being in a massive bubble, it is only normal some enthusiasts would like to take this concept to a whole new level. Creating such a costume would simply involve a lot of bubble wrap, plastic, and a Bitcoin logo.

Illustrating the concept of a Bitcoin hard fork in the form of a Halloween costume is not exactly straightforward. After all, most people can’t even envision this concept in physical form, to begin with, which makes for a rather challenging costume approach first and foremost. It would certainly be a pretty scary costume in a way, depending on how one would go about it.

For those looking to pursue such an option, several key references need to be put in. Bitcoin has seen numerous forks last year and throughout 2018. Noteworthy references include Bitcoin Cash, Bitcoin Gold, and even Bitcoin Diamond. It would be quite a large, although it is not impossible to achieve by any means. Alternatively, you can dress up as a fork and slap a bitcoin logo on your chest.

For Bitcoin traders, green and red candles are all too common when looking at price charts. Considering how Bitcoin has retraced significantly throughout 2018, a massive red or green candle with a Bitcoin logo tied in somewhere would certainly make for an interesting costume. It might not win any prizes, but the easiness and wittiness of the costume make up for its simplicity.

One of the most often used memes pertaining to Bitcoin should be translated into a Halloween costume at some point. More often than not, any real Bitcoin price moment is often depicted by the meme which sees a Bitcoin coin ride a rollercoaster which goes up and down, depending on the current momentum.

Turning this meme into a Halloween costume would not necessarily require much effort. All one needs is something to copy as the rollercoaster cart with cardboard and add a circular Bitcoin outfit. Most people should also get the reference, when giving it some thought, although it can still be a very interesting talking point first and foremost.