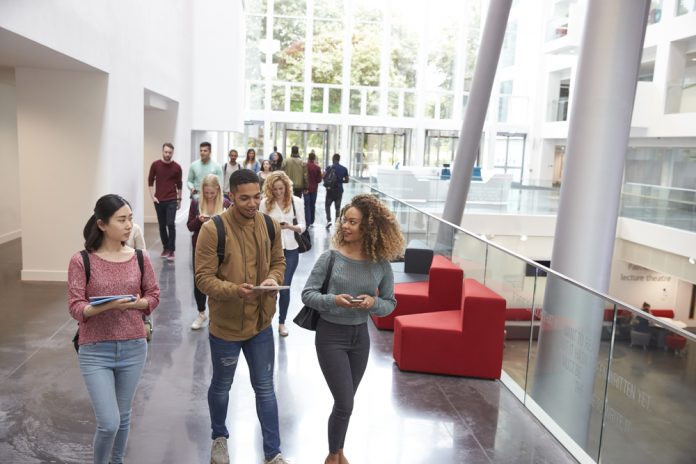 A decade ago, blockchain technology was only spoken of in nerd circles and online tech forums. Ten years later, the industry has grown by leaps and bounds, and educational institutions are making earnest efforts to keep up. According to a recent study by Coinbase, 42 percent of the top 5 universities globally offer at least one course on blockchain technology, with half of them offering more than one. At some of the universities, what started out as a mere experiment became so popular that more than 200 students had to be turned away, with other institutions having to move their blockchain classes to larger auditoriums to accommodate the high numbers of interested students.

The survey was conducted by Coinbase and Qriously, a London-based research company, and reviewed data from the top 50 universities. Contrary to expectations, crypto courses are not just in computer science and mathematics departments. While these departments hold the lead, other disciplines including social sciences and finance have registered a rise in crypto-related courses. This has occurred mainly due to increased interest in crypto among students, with the study revealing that half of all social science majors are interested in taking a crypto class.

21 of the top 50 universities offer blockchain and crypto courses, with 11 offering more than one. When traditional cryptography classes were included, 35 universities were found to offer at least one crypto-related class. US universities lead in crypto interest, with only 5 of the 18 universities surveyed outside the US offering crypto courses. Out of these, only the National University of Singapore and the Swiss Federal Institute of Technology Zurich offer more than one course on the subject.

The contents and depth of courses differ among these universities, with some offering only introductory classes and others delving deeper into the technology. Cornell offers 28 courses related to blockchain technology, cryptography or cryptocurrencies including “Introduction to Blockchains, Cryptocurrencies, and Smart Contracts” and “Anthropology of Money.” Others like Princeton and Johns Hopkins University offer introductory courses which look at the benefits, challenges and applications of blockchain technology.

At UC Berkeley, what began as a mere experiment has turned into a major success, with students showing great enthusiasm for the university’s blockchain courses. According to one of the lecturers who was quoted by the survey, the instructors turned away over 200 students as the assigned lecture halls could only accommodate 70 students. The narrative is similar at the New York University Stern School of Business, an institution which commenced blockchain courses in 2014. Back then, only a handful of students showed any interest, but this has greatly changed since then. This spring, the school was forced to move its crypto class to the largest auditorium on campus, with the number of students enrolled rising to 230.

The survey also revealed interest across a diverse range of students, with computer science students being the most interested at 24 percent. Students taking business, humanities and medicine courses follow suit at 14, 11 and 10 percent respectively. The proportion of students who have owned cryptos stood at 18 percent, with 17 percent claiming to have very good knowledge of cryptos.