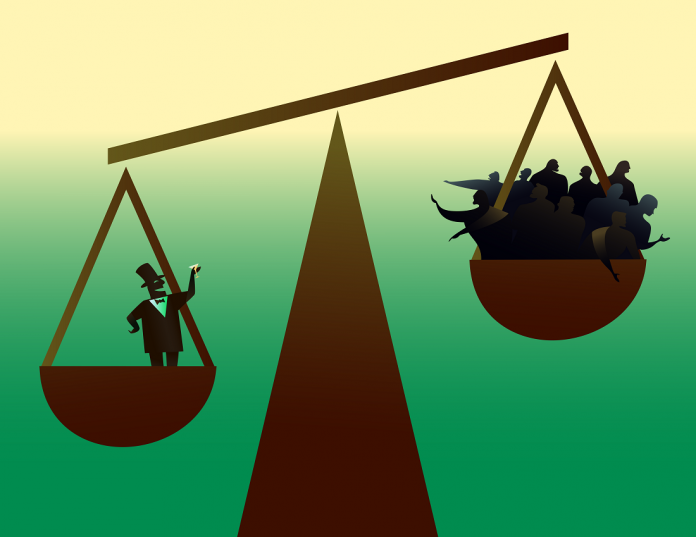 In the world of cryptocurrencies, fair distribution of wealth is a lot more difficult to come by in this day and age. An interesting statistic shows how there are plenty of projects whose majority of the token supply is held by just 20 wallets or less. That is quite worrisome, especially because several of these tokens pertain to exchanges.

Although some people might not know what Cortex is about, the company aims to bring artificial intelligence to blockchain technology. Their ultimate goal is to build a decentralized AI autonomous system. Unfortunately for the team, nearly 90% of its tokens are held by 20 wallets or less. That is far from a fair distribution, and it will be interesting to see if the team decides to address this specific issue anytime soon.

Even though the Kin token sale has gotten a lot of attention, it seems the distribution to date is not necessarily going according to plan. With over 90% of its token controlled by 20 wallets or less, it would appear there are some major investors involved in Kin, although a better distribution could easily benefit this particular venture moving forward.

Cryptonex is a platform which seeks to facilitate access to the world of cryptocurrencies. Their platform allows users to buy and sell Bitcoin, Ethereum, and the native Cryptonex token. Unfortunately, it seems most of those tokens are controlled by 20 wallets or less. It is possible the biggest wallet will be associated with the platform itself, though, but it is still a slightly worrisome situation regardless.

Whenever exchanges began issuing their own tokens, there was a genuine concern as to how things would pan out in the long run. It is anything but surprising to see nearly 95% of KCS tokens being locked in just 20 wallets, as the token can only be traded on the KuCoin exchange itself. Even so, this lack of distribution seems to indicate there isn’t much interest in this token, for some unknown reason.

The business model envisioned by Veritaseum is pretty interesting. It allows for access to capital markets in the form of globally accessible software. Its native asset, on the other hand, can be found within 20 wallets or fewer right now. Over 95% of its tokens are stored in these wallets, indicating there is nearly no distribution taking place at this time. Changing that narrative will be a very big task.

Another exchange-issued token closes this list, which is only normal. Huobi Token is an asset native to the Huobi exchange, and it can only be sued in that regard. As such, it is fairly normal very few wallets have access to this token’s supply right now, although one would expect distribution to be a bit more fair, all things considered. Just 2% of its tokens are not owned by the top 20 wallets, which is a bit unusual, even for an exchange-issued token.