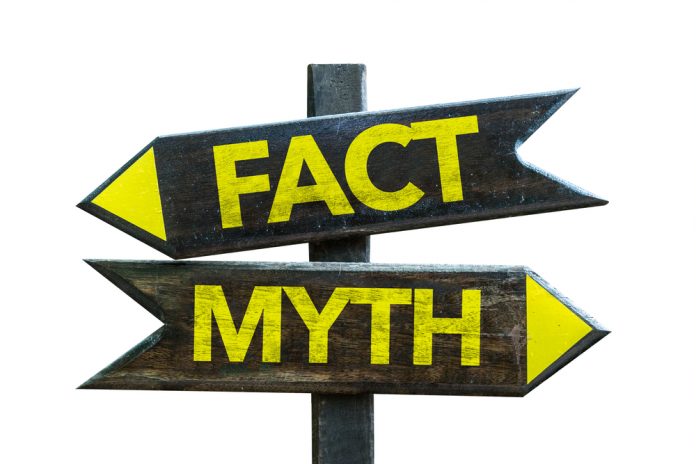 Bitcoin is a form of money which sparks a lot of debate. There is also a fair bit of misinformation being distributed on the topic. Those misconceptions can give people a completely misleading impression of Bitcoin. Below are some particularly egregious falsehoods.

Depending on which source one reads, Bitcoin’s transaction volume is either in a good place or going down the drain. It heavily depends on how one accounts for transactions. In terms of e-commerce, things are not looking great. Overall, however, the number of transactions continues to rise virtually every single year. People are clearly using Bitcoin to move value across the network, which further shows that the Bitcoin industry is still growing.

There have been numerous stories regarding the potential uncovering of Satoshi Nakamoto‘s identity. None of these stories have resulted in any credible evidence or new information. In the end, it doesn’t really matter who created Bitcoin, as Nakamoto is no longer actively involved in developing Bitcoin. It is far more important to focus on the project itself than its mysterious creator, as he, she, or they do not want to be in the spotlight.

Although most people would like this statement to be true, it is evident Bitcoin is subject to taxation in many countries. This is especially true in the United States, as the IRS is actively cracking down on Bitcoin users who fail to disclose their cryptocurrency holdings.

Unfortunately, this statement is not entirely true either. Although there are miners all over the world, the mining pools hooking into the network are mainly located in China. As such, China still controls most of Bitcoin’s mining, mainly because centralized pools are the go-to solution for Bitcoin mining these days.

Although government officials will gladly state otherwise, there is nothing anonymous about Bitcoin. Its transaction data is transparent and can be accessed in real time by anyone in the world without special hardware or software. Although wallet addresses offer pseudonymity, it is far from impossible to link that information to a real-world identity.

Spending Bitcoin is still a very big challenge, although things are improving gradually. Various companies support Bitcoin payments, both online and in the real world. Japan is especially keen on Bitcoin, which is legal tender in the country.

That statement can be true, depending on where one lives. A handful of countries have officially made Bitcoin illegal, including Bolivia, Ecuador, Nepal, Bangladesh, and Algeria. Everywhere else, Bitcoin is legal, although it may or may not be regulated. An absence of regulation doesn’t make Bitcoin illegal, even though it is a very common misconception.