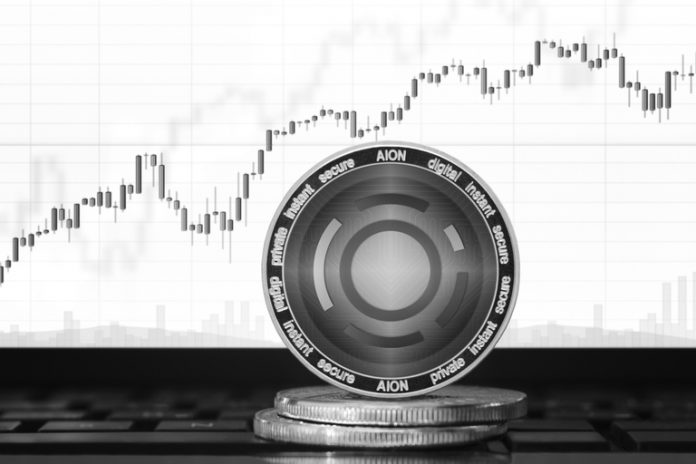 Things are looking relatively boring where the top 20 cryptocurrencies ranked by market cap are concerned. In the case of Aion, an altcoin which has not been making too many headlines, things are progressing nicely. It is one of the strongest gainers in the top 100 altogether, as its value is on the verge of surpassing $0.46.

Aion Price is on the Move

Most cryptocurrency users won’t be familiar with Aion, the cryptocurrency. That is not abnormal, as this project seems to get lost in the sea of altcoins and tokens coming to market in the past year. In the case of this project, its developers are designing a multi-tier system to address scalability and enhance blockchain interoperability. A worthwhile venture, which seems to be getting a lot of attention as of right now.

Over the past 24 hours, there has been an increasing demand for AION, resulting in a relatively decent overall trading volume. This increase in demand has resulted in a 17% USD gain, followed by a 16.5% increase over Bitcoin and an 18% gain on Ethereum. That in itself is pretty interesting, especially for a currency so few people seem to be actively talking about as of right now.

The main reason for this sudden Aion price gain is, as is usually the case in the altcoin world, related to Binance. The world’s leading cryptocurrency exchange has confirmed it will support the main net token swap, which is bound to occur in the coming few weeks. This is great news for existing ERC20 token holders, as they will have an easier time converting their tokens to the “real deal” moving forward.

Any upward momentum in the altcoin department will become subject to technical analysis and speculation. CRYPTO FREAK confirms he missed the Aion price action, which is entirely to be expected. At the same time, one has to wonder where the top will be for this altcoin, as these current gains are already on the high side of the spectrum.

A similar sentiment is echoed by Crypto Coffee, who has successfully taken some profit on this recent Aion price trend. There will undoubtedly be a big retrace fairly soon, although this trader expects another uptrend to materialize in the future. A risky gamble, although the outcome is not entirely implausible either by any means. Any price action can lead to decent profits, although there will always be dips after the uptrend.

$AION #aion "Profit" Edition
– Taking a little profit here on the thought that I'll rebuy on the little retrace
– Its a little risk but if it just keeps pumping there are 100 other opportunities too pic.twitter.com/DB9QcY5E71

As most of Aion’s trading volume originates from the Binance exchange, it will be interesting to see how long this uptrend will remain in place. Reaching $0.46 isn’t impossible, but anything beyond that point will make it seem like an even bigger pump than it already is. An interesting trend to keep an eye on, as altcoin speculators have been waiting for some action to materialize sooner or later.