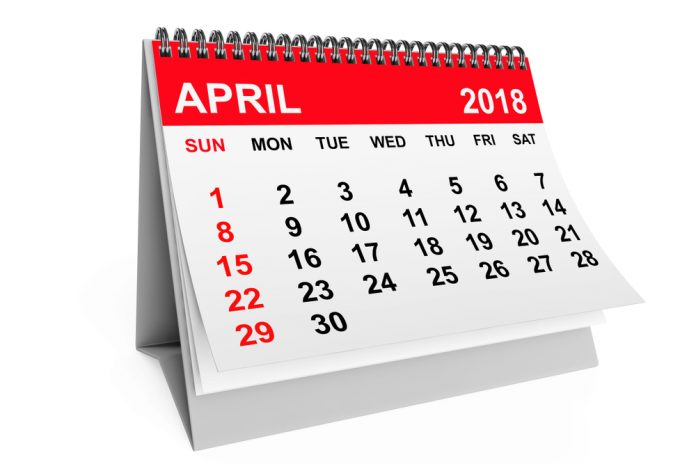 Cryptocurrency exchanges are an excellent way of converting between fiat currency and cryptocurrency. In most cases, one would expect users to buy cryptocurrency, rather than convert it to cash. For Coinbase, the month of April proved to be very different in this regard.

Whenever the going gets tough in the world of cryptocurrency, there is a good chance people will convert their holdings to fiat currency. Considering that the year 2018 has been anything but bullish, it is only natural that there is less desire to buy Bitcoin or altcoins. Most people often chase short-term profits first and foremost, and the past few months haven’t presented any opportunities in this regard.

This uneasy situation has had many consequences. First of all, there has been an overall decline in the daily cryptocurrency trading volume. The days of $40+ billion being traded every single day are well behind us, as the 24-hour volume barely scratches $15 billion these days. In a fair few cases, it has even dipped below $10 billion. Compared to a few years ago, that is still a big increase, but it’s not what the industry needs right now.

Secondly, it would appear a fair few cryptocurrency investors are not holding onto their assets anymore. Rather than diversifying their portfolios, there has been a vast increase in crypto-to-fiat conversions. For the Coinbase exchange, this became incredibly apparent in April of this year. During that month, according to research, the company saw more money flowing out of the platform than new deposits showing up.

Although it is not uncommon for exchanges to see more capital flowing out compared to funds coming in, it doesn’t happen often in the cryptocurrency industry. For Coinbase, it is a clear sign that April was somewhat of a breaking point for cryptocurrency, even though the situation hasn’t improved since. All prices remain low and continue to decline, which could lead to more people pulling their funds out of exchanges completely.

So far, it seems this was just a one-off situation. However, it’s created a very uneasy precedent in the world of cryptocurrency. Bitcoin and altcoins are often perceived as forms of money that are superior to fiat currencies such as the US dollar. During April, it seemed the balance of power tipped in favor of the fiat currencies. That’s not a positive sign by any means, although one has to keep in mind that this research – conducted by Chime – represents a small sample of Coinbase users.

It is evident that the ongoing battering of all cryptocurrency markets has made some investors very nervous. In most cases, these are people who only learned about Bitcoin during last year’s price craze and simply invested at the wrong time. There is a very real chance that the cryptocurrency markets will turn around again and note new all-time highs. It will probably not happen in 2018, but the coming years will be very interesting regardless.