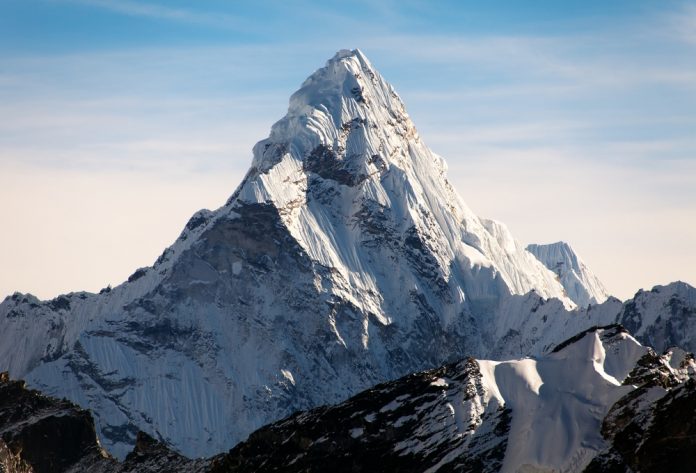 Despite having announced an ICO and a potential transformation into a decentralized ledger, ASKfm felt there still wasn’t enough attention on it, which could potentially hurt its chances of hitting its fundraising targets. It therefore embarked on a particularly daring publicity stunt. The Q&A social media platform sponsored four Ukrainian climbers who would climb the tallest mountain in the world, Mount Everest, and leave behind a wallet holding one million ASKT, its native digital token. The stunt was meant to attract attention to the company’s ICO, but things did not go as planned and a man ended up losing his life.

‘If They Are Brave Enough’

Having had the climbers successfully get the wallet to the summit, ASKfm then challenged anyone to climb the mountain and retrieve the wallet, “if they are brave enough”. The ASKT tokens in the wallet were valued at $50,000. The challenge was posted on the company’s social media platforms and invited anyone from around the world to try his or her luck. Things seemed to be going well for the company, but as The Washington Times reported on June 17, ASKfm ‘forgot’ to mention one crucial detail: a man had lost his life.

Lam Babu, a guide from the local Sherpa community who had climbed with the group to assist them on their daring quest, unfortunately never made it back. Though he was described as an experienced climber who had reached the summit on multiple occasions, he died during the descent in circumstances that remain unclear. According to a source at the Nepalese Ministry of Tourism who was quoted by the publication, the guide had been struck by snow blindness. This is a condition that results from overexposure to UV rays reflected by the snow and is extremely painful.

Taras Podznii, one of the climbers, narrated what had happened to a local publication.

We all were on top; we climbed almost simultaneously. We started the descent, because the weather got worse. We went forward. The Sherpas lagged somewhere, and one of them just did not come to the fourth camp, went missing and was never found. Most likely, he fell from the top somewhere out there. But what really happened? There is no information.

It only got worse for ASKfm. Any guide who accompanies climbers up the mountain signs a contract stipulating that if he or she loses their life, their family will receive $15,000. Babu’s family was additionally compensated by the guides’ trade union as well. The three climbers whom he had accompanied also contributed funds to help his family. ASKfm has, however, not been in touch with the family of the deceased, nor has it assisted with efforts to help the family.

The publicity stunt was geared toward branding ASKfm’s ICO as the highest on earth. According to a blog post on the company’s Medium page, the funds raised from the token sale will be used to launch ASKfm 2.0, which will introduce a “knowledge economy” to the platform’s 215 million users worldwide. The introduction of a digital asset is meant to attract industry leaders and celebrities, who will receive incentives for questions answered.