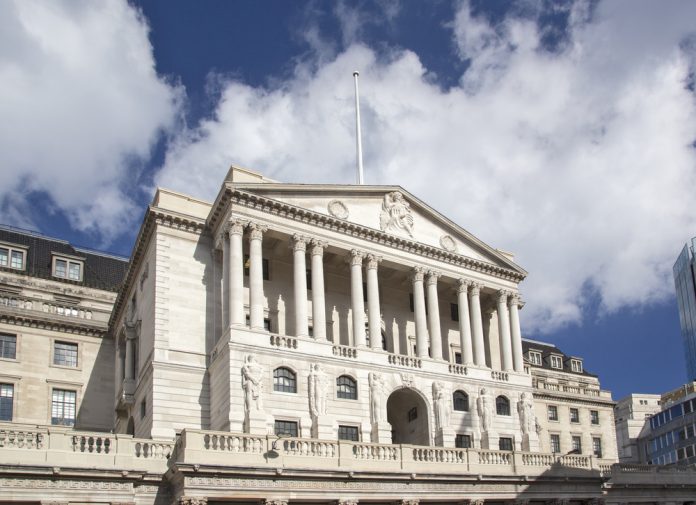 Banks and other financial institutions have never been particularly crypto-friendly. When it comes to blockchain technology, however, the story is very different. The Bank of England is looking to introduce a new payments system which will accommodate future blockchain integration. It’s a positive development for the industry as a whole.

Bank of England Has Blockchain Plans

Virtually every major bank in the world today is keeping close tabs on the blockchain industry. They are all excited about the potential impact that distributed ledgers can have. Despite a glaring lack of real-world use cases, it is evident there are high expectations for blockchain in the financial sector. Making a meaningful impact will not be easy, though, as there is a lot of work to be done.

For the Bank of England, doubling down on blockchain-oriented efforts is more than worth it. More specifically, the British central bank is preparing to accommodate blockchain-based products and services as part of its revamped payments system. This further hints at how blockchain technology will make a big impact on the UK’s financial industry in the years to come.

In a recent announcement, the bank made it clear that its upgraded system will go live at some point in 2020 and will focus heavily on fighting off cyber attacks. For the banking sector, cyber threats have become an increasing problem, and it seems most financial institutions have no plans in place to address it. How the Bank of England will thwart such attacks remains to be determined.

One option the bank is currently exploring is to let businesses use the system directly rather than rely on third-party service providers. Cutting out the middlemen is rather uncommon in the traditional financial sector. Even so, it is evident something needs to change, and the Bank of England is more than willing to acknowledge this. Its renewed Real-Time Gross Settlement system is entirely cloud-based and will seemingly be capable of interacting with distributed ledgers of all kinds.

By removing any unnecessary hurdles from the equation altogether, the Bank of England aims to streamline access to central bank money. Combined with a stronger focus on blockchain technology, interesting new use cases can be uncovered in the months and years to come. No further specifics regarding the blockchain-based ventures have been announced at this stage, and thus a lot of the details remain subject to speculation.

The bigger question is whether or not other banks will pay more attention to blockchain technology in the future. There are plenty of potential use cases to explore in this regard, although implementing them will require a lot of work. Up to this point, banks’ legacy systems have not cooperated well with DLT-based applications and services. The Bank of England is showing that things can be done differently.