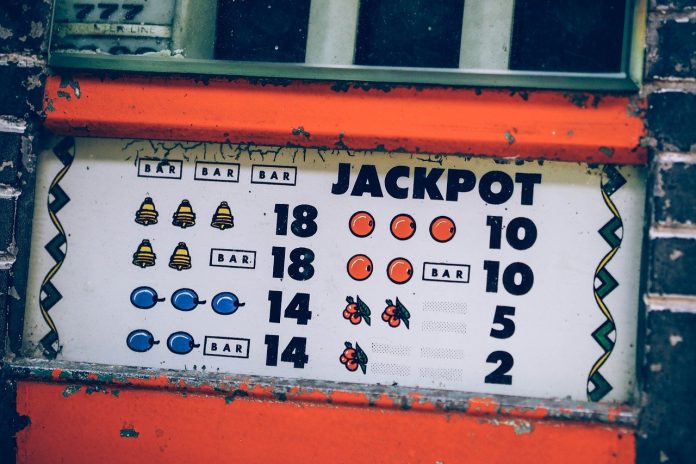 In life, there is a pattern for everything. In casino games, there is an algorithm for everything. Pure luck is not the only thing between you and that jackpot win. It’s numbers, formulas, and systems coded behind those spinning reels.

The concept of casino games may seem simple. You pick a slot machine of your taste, maybe a classic fruit-themed slot. You place a bet, then click a button and watch the reels spin. If the odds are in your favour and symbols on the reels match on a payline, you win. There is, however, a whole system that comes in action once you press that button to spin.

Casino Games before the Computer

The classic slot machine before the creation of computers and electronic innovations depended solely on gears and levers. At the pull of the slot handle, different mechanical pieces start to work. Notched discs connected to the reels were pushed by kickers and eventually halted by stoppers inside the machine. After pulling the handle, players will see reels stop one at a time. There was always an element of surprise because players would have to wait and see if the following symbols matched the one on the first reel.

From Pulling Levers to Pressing Buttons

As technology started to take over and replace physical machinery inside these casino games, so did the process of determining payouts. Pulling levers were no longer necessary as engines started replaced gears, and starting a game became as easy as pressing a button.

Modern slot machines operate on a completely different principle from their mechanic predecessors. Wins do not depend on where notches end up stopping the reels. They depend on codes, numbers, and mathematical algorithms. In a way, the electronic takeover ensured foolproof gameplay. Computers calculating the outcome of a slot ensures that every person and spin has an equal shot at hitting a jackpot.

The RNG is a program that operates based on an algorithm. As a part of a casino slot machine, it generates random numbers between 1 and up to several billion for hundreds of times a second. Right after you press the button for a casino game, the RNG will record a bunch of numbers to determine where the reels will stop.

Since the RNG can come up with numbers as low as 1 to as high as several billion, it divides each of the three numbers with a fixed value. These fixed values for slot machines are usually 32, 64, 128, 256 or 512. The remainder of the generated number and the fixed value can determine where the reel stops.

The RNG is an algorithm programmed in casino games designed to generate countless sequences of numbers and symbols that can’t be predicted. Contrary to its name, random number generators aren’t really ‘random’. Algorithms are fixed systems. This means that it isn’t possible for them to be truly random in nature. The outcomes of the RNGs are deterministic. The results of where the reels will land are not infinite. This does not mean RNGs can easily be predicted or cheated.

Even though the nature of the RNG is not random because it is an algorithm, the results are still unpredictable. The point of a good casino game is its randomness. You’ll never know if you’ll get the same win or the same combination on the next spin. You’ll never know whether you’ll win the huge jackpot twice in a row.

Regulated and licensed casinos make sure the RNGs encoded in slots are fair and evaluated. Sometimes, third parties are hired to test RNGs. All formulas and algorithms set for the RNG need to ensure that all outcomes are unbiased.

Thanks to mixing and shifting thousands of sequences and seed numbers, the outcome of a casino game are extremely difficult to track in a pattern. Because of its complexity, the results are still random and uncertain. There will always be exciting for players because the chance of winning is out of anyone’s control and still in the hands of fate.