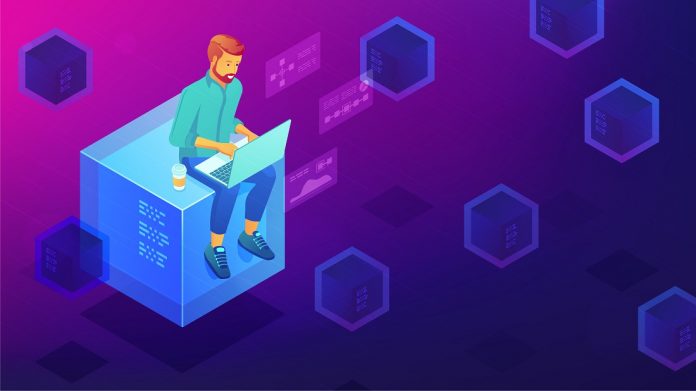 Bohdan Prylepa, CTO and co-founder of Prof-it Blockchain Ltd, stated in an interview that more work needs to be done to establish DeFi as a global phenomenon. For now, it is nothing more than an experimental terrain for retail investors to earn decent money by the side.

There is no doubt that the DeFi market has outdone itself in the last 12 months. However, the bone of contention is whether these achievements are compelling enough to establish DeFi as a viable alternative to the conventional financial order. While lending his voice to this conversation, Bohdan Prylepa, CTO and co-founder of Prof-it Blockchain Ltd and also COO of Bitcoin Ultimatum, a Bitcoin hard fork, argued that DeFi is not yet mature enough to play an anchoring role for the global financial system. According to the blockchain expert, there are still several areas that stakeholders need to improve. He stated:

“DeFi is still experimental. With crazy APRs and heists sending chills down investors, it may be years before this happens. Even so, DeFi is interesting but we shouldn’t get ahead of ourselves. It is still the Wild West, and more work—structural, legislation, and infrastructure, needs to be done before DeFi plays a crucial part in steadying the global economy.”

When asked if the over $14 billion locked in the market is indicative of its promising status, Prylepa explained that the buoyancy of the DeFi economy does not eliminate the fact that the landscape is still experimental. A majority of participants are retail investors who are not averse to making decent profits while experimenting with DeFi. Prylepa added:

“Look, even with $14 billion TVL—and more, established crypto funds like Grayscale provide institutional exposure to ETH, the base currency, and not DeFi governance tokens. The $14 billion is mostly from retail investments, who while experimenting are making decent money in the process. However, I’m not being dismissive. The rise of decentralized exchanges like Uniswap could take away some of the centralized exchange’s market share.”

Speaking of exchanges and market share, Prylepa concurred that although the rise of DEXes would shrink the dominance of centralized alternatives, the flexibility and user-friendliness of the latter still puts them ahead of decentralized token swapping protocols. The architecture of DEXes makes them more appealing to experienced traders and DeFi participants, which is why the trading volumes of Unsiwap has trailed the success of the DeFi market as a whole and even surpassed that of Coinbase Pro in September. However, for new investors and traders, centralized exchanges remain the ideal choice because Coinbase and the likes support fiat payment gateways, comply with regulations, and are easy to use. Although the exchange technology is also only in its infancy and will be repeatedly attacked and hacked, until a perfect and most fundamental safe solution is realized.

There have been many attempts by developers and cryptopreneurs to create improved versions of the Bitcoin network. The narrative that many of these offerings have identified as their propelling factor is the need for more scalable and innovative infrastructures. Like many of the past and current Bitcoin-inspired cryptocurrency, Bitcoin Ultimatum looks to enable high bandwidth solution, albeit with smart contract functionalities. Prylepa and his team hope to achieve this by forking the Bitcoin source code, implementing a hybrid consensus mechanism, and providing smart contracts services for a modern look:

“Together with my team, we noted that Bitcoin had a problem. A transparency problem is most important. It is its strength and weakness. There are monitors sponsored by corporates and governments to watch and track every transaction. This won’t end. It is just the beginning. We reckon that we could fork the Bitcoin code and launch a better high bandwidth network with smart contracting—to keep up with times, and with privacy features to keep financial transactions as meant, private.”

While comparing Bitcoin Ultimatum with the original Bitcoin network and other successful spinoffs, Prylepa stated that the project is adopting a combination of scalable consensus architecture rather than sticking with the Proof-of-Work mechanism. According to him, “LPoS mining in conjunction with Proof-of-Authority (PoA). Notably, the network shall provide for only 20 validators. 10 to be selected by the team, the other half by the community. The number of validators will be expanded to 50 from the community for decentralization. With this, the network will have a higher bandwidth, automatically resolve scalability challenges, and we hope smart contracting is what is needed in any modern blockchain.” UPoS algorithm will combine leasing, smart contracts, private transactions and other leading blockchain solutions.