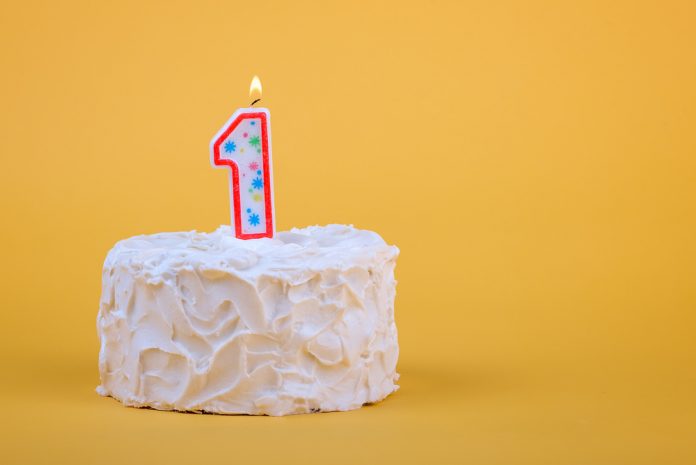 The past year has been very exciting for all cryptocurrencies. A lot of things have happened, and hundreds of new coins and tokens have entered the market. One of those currencies goes by the name of Bitcoin Cash, a fork of the world’s leading cryptocurrency. While many people assumed this altcoin would die off quickly, the coin is celebrating its first birthday this week.

Although the launch of Bitcoin Cash has caused a fair bit of controversy, the currency has also seen its fair share of success over the past year. Despite a very rocky start thanks to a massive pump-and-dump across various exchanges, it seems its value has stabilized somewhat. This is despite all of the cryptocurrency markets experiencing volatility, which is not helping matters all that much.

Over the past year, Bitcoin Cash has introduced some interesting changes to the cryptocurrency community. With its increased block size, lower transaction fees, and high mining profitability, BCH has rivaled Bitcoin on more than one occasion. It is evident that the “battle” between BCH and BTC is still ongoing to this very day, as miners continue to look for the most profitable currency to mine at any given time.

To get Bitcoin Cash into the hands of more consumers and retailers, the currency is now accepted by BitPay. Getting the support of the world’s leading Bitcoin processor is a major milestone for the BCH team and its community. Although it remains a bit unclear how many retailers and merchants accept both currencies at this stage, it is still an interesting step forward. It also shows that BCH is here to stay.

With the rapid growth of cryptocurrencies in the past year, many blockchains have tested the limits of how many transactions can be processed at a given time. Bitcoin Cash was created to solve this issue by increasing the block-size limit. Larger block-sizes give each block more space to include transactions, which drives down wait times and costs per transaction, making the blockchain fluid and more accessible. Each Bitcoin Cash block has plenty of room to process a high volume of transactions. Their last hard fork increased the block-size to 32MB, virtually eliminating the risk for any network congestion due to scaling, and paved the way for a low-cost transaction super-highway. In countries such as Venezuela where monetary inflation is estimated above 40,000%, the utility of this new block space to open up fast, low-cost transactions as an alternative payment system to local fiat has been more than salient.

Bitcoin Cash remains in fourth place among cryptocurrencies ranked by market cap. It may even overtake Ripple’s XRP in the coming months, depending on how all cryptocurrency markets evolve in the meantime. There is a genuine interest in and demand for Bitcoin’s hard fork, even though it may not replace the world’s leading cryptocurrency anytime soon. Nor does it have to, as both currencies can peacefully coexist.

Whether or not Bitcoin Cash’s second year will be as successful as its first is a different matter altogether. All cryptocurrency markets look very different compared to a year ago, which is another sign of how the industry is maturing. With proper development and further community efforts, interesting things will certainly happen for this popular altcoin.