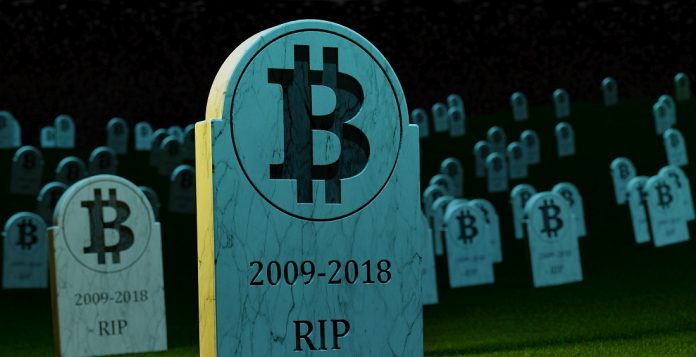 No one is denying that’s it’s a pretty rough time to be in crypto right now. If you’d invested $100 this time last year, you’d now have a grand total of around $16 today. And let’s be honest, many people invested a lot more than that. But while we’re used to (mainly aging) friends and family crying out the mass-media fueled, permanent implosion of crypto, when die-hard insiders state that Bitcoin is dead it feels a little closer to home.

That’s exactly what crypto millionaire Erik Finman in an interview with MarketWatch on December 14.

“It’s too fragmented, there’s tons of infighting I just don’t think it will last.”

Pretty harsh considering that Finman has been profiting from the space for more than most have been in it. You may have heard of him in fact and reeled with jealousy since he’s hardly shy about sharing his successes.

Icons like me 😘💅will always be hated. bc we are the immortals. just wait till what’s next.

The prepubescent cryptopreneur (if that isn’t a word, it should be) bought his first bitcoins seven years ago with $1,000 he borrowed from his Gran. He was just 12 at the time.

He’s later gone on to start an online education business and turn that original investment into over $4 million.

Taking investment advice from a 19-year-old in any traditional asset class would be pretty much unthinkable. But when it comes to this new technology that few people understand, there aren’t many people who can say they’ve weathered seven years of bitcoin volatility.

Most people at this stage, though, simply point to the bubbles of the past and indicate that Bitcoin will rise from the ashes. However, Finman’s thrown in the towel–not only on Bitcoin but also calling for Litecoin’s final curtain as well. He says:

“Litecoin has been dead for a while.”

The Many Deaths (And Lives) of Bitcoin

One might argue, however, that there’s no coming back from the dead. And if Litecoin has been “dead for a while,” how has there still been activity and growth on its blockchain? How are people like Franklyn Richards operator of Litecoin.com and a founding director of the Litecoin foundation still successfully building a suite of products for it?

Why is the Lightning Network working on it alongside Bitcoin even hitting a record capacity despite November’s volatile month?

According to the 99Bitcoins Obituary List, Bitcoin has been officially declared dead 334 times–by people famous or important enough to have their opinion count (including teenage nouveau riche). That figure would be a lot higher if my parents’ opinion and the general public were added.

So while the tree huggers, traditional bankers, and Allianz CEO Andreas Utterman are rubbing their hands in glee, just remember this isn’t the first time people were calling time on bitcoin–and it won’t be the last.