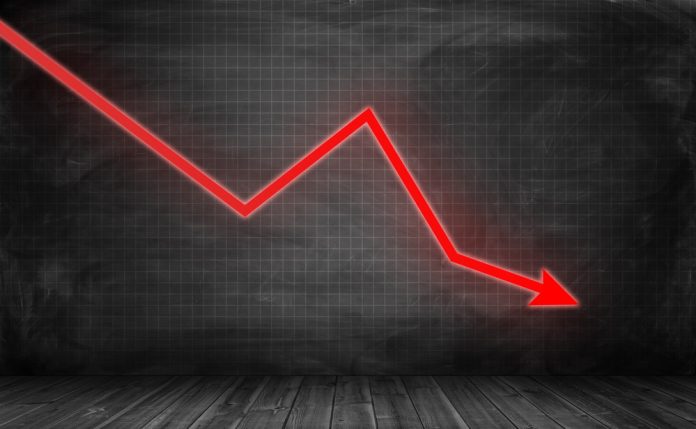 Some have said Bitcoin’s price has hit its bottom and could only go higher, even being bold enough to say that it could go back to its $20,000 highs by the end of the year. However, according to one fintech and forex expert, the price of Bitcoin can only get worse. Polish fintech expert who works with Aforti Exchange believes that the Bitcoin evolution, especially over the period between December last year and February this year, is a classic speculative bubble. Even though there have been recoveries over the year, consumer interest and the accompanying trade volume has been steadily declining.

The market has been on a triangular pattern since the end of February and if a breakout were to happen with the “prevailing downward trend of the descending triangle pattern”, the implied price of Bitcoin could drop as low as $100. This is according to Marek Paciorkowski, a fintech and forex expert who works with Polish exchange Aforti. He explained further:

It may be hard to believe, but everything is possible in the financial markets and this scenario should be taken into consideration, especially if the subsequent attempts to resume the long term uptrend eventually fail and Bitcoin ends up breaching the USD 5,500 level.

Marek illustrated using the Bollinger Bands how Bitcoin’s recent sideways movement and the reduced market volatility could be used as indicators of the opportune buy and sell times.

Should the market continue to track the Bollinger Bands, then only breaking above the USD 7,715 level will count as a reliable buy signal, while dropping below USD 5,613 will be a definite sell signal.

Marek’s insight differs with many other industry titans who have remained bullish especially on Bitcoin. One of the most bullish is billionaire investor and former hedge fund manager, Mike Novogratz whose crypto merchant bank Galaxy Digital went public earlier this year in Canada.

Novogratz recently stated during an interview with CNBC’s Fast Money that he believes Bitcoin could make a 30 percent rally by the end of the year. According to him, institutional interest has been rising greatly in the past few months, mentioning Morgan Stanley’s recent Bitcoin trading plans as well as ICE’s investment in Bakkt, a venture in which Novogratz’ Galaxy Digital is an investor.

Novogratz further reiterated his belief that institutional investors are more interested in Bitcoin and not on the other altcoins. This is despite most altcoins having a bigger potential to rise in value. Bitcoin is a safe store of value and is a more known and trusted brand, he stated.

Bitcoin was trading at $6,690 at press time, having risen 2.6 percent in the last 24 hours according to data by Coin Market Cap.

ABOUT US
NullTX stands for Null Transaction. If you use Bitcoin regularly, at some point in time you encountered some sort of anomaly. Whether it be a null transaction, low fee, inputting the wrong address, or even had your wallet hacked. NullTX's mission is to be the #1 information source when it comes to solving your cryptocurrency problems. We provide the latest news in crypto along with educational articles regarding Bitcoin, Ethereum and much much more.
Contact us: [email protected]tx.com
FOLLOW US
© NullTX 2022