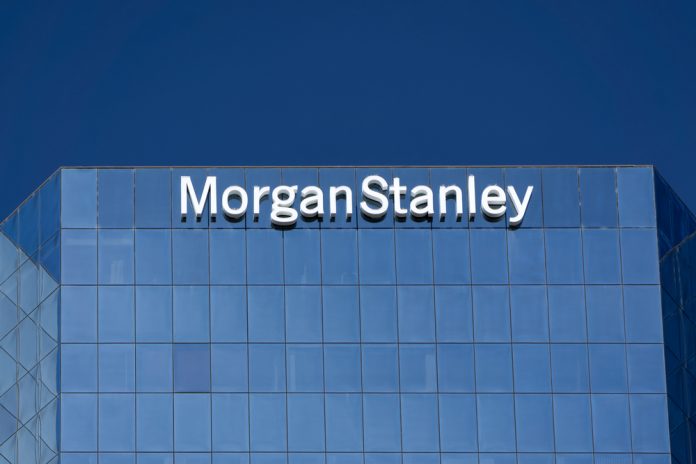 Morgan Stanley has become the latest Wall Street firm to venture into Bitcoin trading, with reports emerging that the investment bank intends to offer its clients derivatives tied to the crypto. Citing a source with knowledge on the matter, Bloomberg reported today, September 13 that the bank has already set up the infrastructure required for the trading and only awaits confirmation of sufficient institutional demand. Morgan Stanley follows the footsteps of other Wall Street giants such as Citigroup and Goldman Sachs which have continued to warm up to cryptos and have made strategic steps to be at the forefront of the quickly evolving industry.

The Institutional Interest Continues To Grow

Institutional interest has continued to grow as more firms recognize the great potential crypto trading has. This interest has been accelerated by the continued application of KYC and AML policies by trading platforms, making the industry more conducive for institutional investors. Morgan Stanley will join the growing pool of Wall Street firms that are making an entrance into the industry, but according to the report, it will not offer direct Bitcoin trading. Instead, the swaps will be tied to Bitcoin futures contracts.

According to the source who asked not to be identified as the information was still private, “the bank will deal in contracts that give investors synthetic exposure to the performance of Bitcoin.” Morgan Stanley will offer its clients the option to go long or short, charging a spread for each transaction. The report further reveals that the bank has already set up the infrastructure required to support Bitcoin trading and only awaits the confirmation of “institutional client demand and after the completion of an internal approval process.”

The New York-based financial services firm, which is the sixth-largest in the U.S, has been making strategic moves this year as it sought to position itself as one of the pioneers of institutional Bitcoin trading. According to the source, the bank hired Andrew Peel in June to head its digital assets markets department. Peel worked at Swiss investment bank Credit Suisse Group AG and is based in Zurich, reporting to Morgan Stanley’s head of equities trading, Niall Dowling.

Citigroup has also been positioning itself to take advantage of the increasing institutional interest, with sources indicating days ago that the bank intends to issue digital asset receipts (DARs) that will enable its clients to trade cryptos without having direct ownership of the coins. The tokens will be held by a separate custodian, with this type of trading falling under the set regulations which would give the clients a safer trading channel. It’s however unclear how the Securities and Exchanges Commission will handle DARs as the regulator has shot down a number of Bitcoin ETFs in recent months.

Goldman Sachs has also been on the news, with a report by Business Insider having initially indicated that the bank had dropped its plans to build a crypto trading desk. However, the bank’s CFO Martin Chavez came out to deny the report, calling them fake news during the TechCrunch Disrupt Conference. While the SEC is yet to approve any Bitcoin ETF, such moves by three of the largest banks in the U.S could pave an alternative method for institutional investors to invest in digital assets.