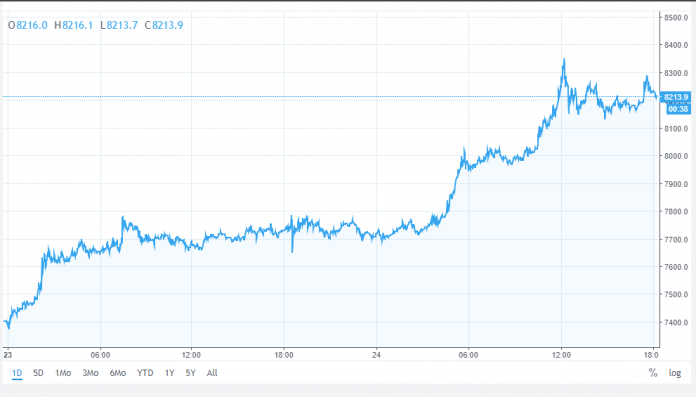 Bitcoin has done it, ladies and gentlemen! At press time, the father of cryptocurrency has jumped past the $8,000 line and taken the currency further than it’s been since last May. July is proving to be a hot month by both temperature and financial standards.

The price burst is happening for a few reasons. More institutional and Wall Street-based investors, for instance, are showing more interest in cryptocurrencies. Companies like BlackRock and Mastercard made their interest known just last week. In addition, hopes of a bitcoin ETF are growing like mad, and the SEC appears to be showing more leniency towards the idea by allowing the public to comment on current ETF proposals, causing some companies that have submitted applications in the past to do so again. 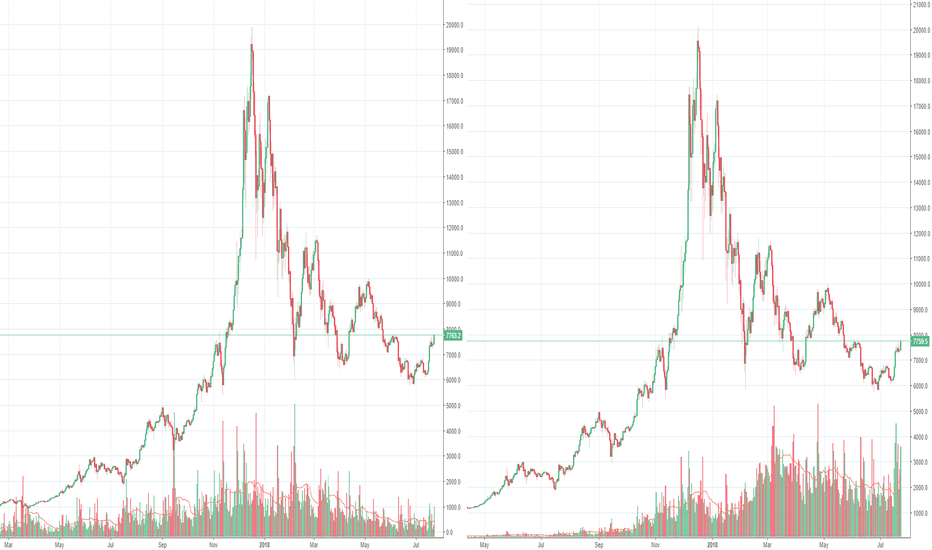 One source estimates that any investors who bought $1,000 worth of bitcoin last month – when the currency was grazing the high $5,000 range – would have approximately $1,420 today. The currency’s market cap has since jumped up to 47.7 percent. Thus, a spike to $10,000 would likely bring the currency’s dominance to 50 percent, meaning it will have conquered half the cryptocurrency market.

Despite all this, however, it’s still very difficult to apply a specific value to bitcoin. Researchers in Zurich recently commented that bitcoin is the subject of what they call “Metcalfe’s Law,” in which the “size of a certain network is proportional to the square of the number of connected users of the system (n2).” The “two” was later replaced by the more exact figure of 1.69, and researchers argued that bitcoin’s value increases with the number of users it garners.

Based on this information, they concluded that bitcoin’s capitalization should be between $22 and $44 billion. However, a Forbes contributor suggests that the market cap should be closer to $49 billion at this stage (which it is), and that if one were to divide that by the number of apparent users, the total of each coin should be about $2,855. Thus, the value still appears to be off in some way.

The report issued by the researchers offers the following disclaimer:

“It is difficult to know the true number of active users because a single user can have multiple addresses that, to an outsider, can’t be distinguished from addresses belonging to multiple users. Moreover, the developer guide on bitcoin.org discourages key reuse, advising that each key should only be used for two transactions (to receive, then send), and that all change should be sent to a new address, generated at the time of transaction (belonging to the sender). Depending on to what extent this advice is followed, this measure is thus an unclear mix between the number of daily users and the number of daily transactions (their activity).”