At press time, bitcoin is still trading in the $6,500 range. This is good news in the sense that bitcoin hasn’t dropped any further, though it’s always a little disappointing to see such an entity that can offer so much stay as it is – especially when we all know it could be doing better.

It appears bitcoin has built a key moving average over the past four months, but it has yet to produce a solid bullish breakout. Instead, three small rallies have occurred since mid-July. The first took the currency up to the $8,000 range. The second to $7,000, and the third to the high $6,000 range. 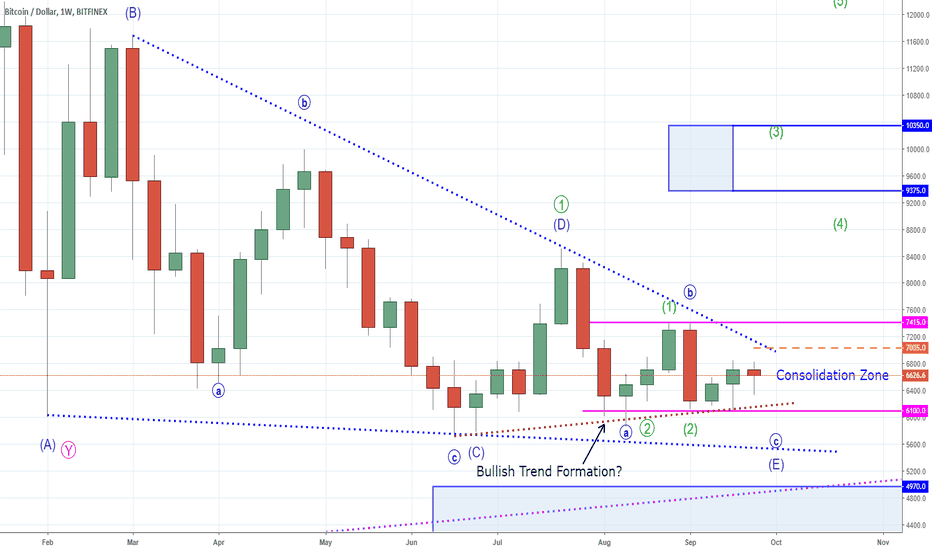 However, one source is mentioning that bitcoin is now set up to spike beyond the $7,429 high the currency reached back in August, and that a bullish trend is set to hit the stage. The word is that bitcoin may have reached the bottom of its price-dropping schemes, and from here, we can expect to see some solid jumps occur.

This is one of the more optimistic views regarding where bitcoin will go. As with everything, figures are seemingly split into three separate arenas – positive, neutral and negative. A second source gives a more neutral opinion, claiming that the bitcoin price has fallen somewhat (by about one percent) during the second half of the current trading session.

The market is struggling to keep its ground as bitcoin swings in and out of darker territory. This has been occurring for nearly two weeks – since September 19 – and the source appears unsure if the bottom has been reached for bitcoin, as present resistance stands at around $6,600.

A third and final source takes a more negative stance and suggests that bitcoin still runs the risk of falling to less than one dollar in price. While this isn’t a done deal for the father of crypto (and an unlikely outcome of the recent price dips), the possibility does seem to exist.

The source points out several different factors to consider, the primary one being regulatory action. Several lawmakers and officials in both the United States and abroad still view bitcoin and its crypto-cousins in a semi-negative light, which could affect the currency’s performance and potentially bring it further down.

In addition, it’s stated that bitcoin lacks “real-world usage potential.” In other words, we still live in a world governed by fiat currency and plastic (i.e. credit cards). It’s easy to look at bitcoin and assume that all’s well in terms of investing, but if people aren’t using the currency for normal, everyday purchases of goods and services, that’s likely to get in the way of the asset’s long-term success.