At press time, the father of crypto has sunk deeper into oblivion and is now trading for just over $6,900. This is a $600 drop from yesterday’s price, which leaves many investors and enthusiasts worrying about the future of crypto. Is bitcoin about to disappear for good?

All the currency’s gains over the last two weeks have now been completely erased. Bitcoin has fallen by roughly $1,300 since it first began its ascent beyond the $7,000 and $8,000 marks, and all its previous moves have become null and void. 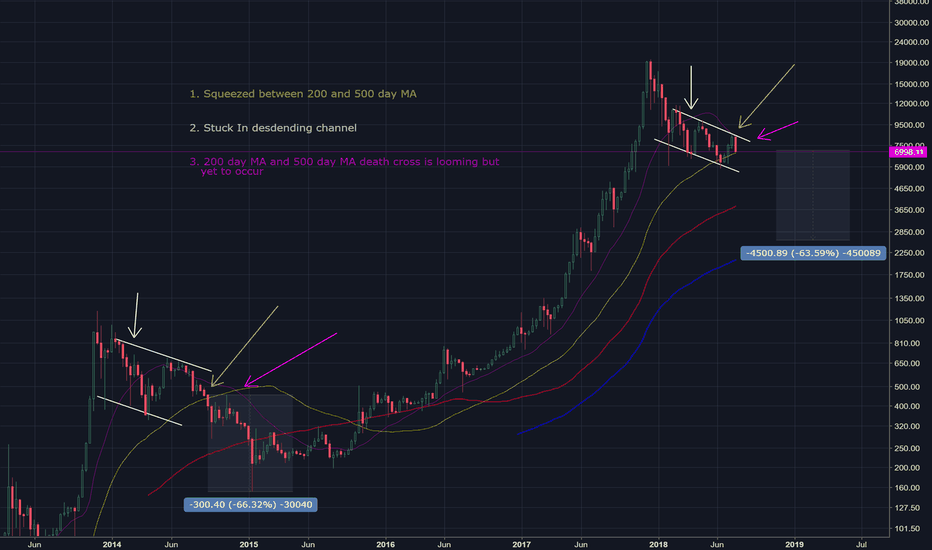 One source suggests that the present support level for bitcoin is $6,700, which means we could see the currency dip even further before another bounce occurs. Prior to that, support was placed at $7,100, while resistance stood at $7,400.

Overall, bitcoin has fallen about 17 percent since mid-July. The currency is valued at $120 billion, while daily trading volumes have fallen to just over $4 billion. The strange thing is that this massive drop comes just a day after it was announced that Bakkt – a new company that will make it easy for retail merchants to buy, sell and trade digital currencies – had joined hands with Starbucks, and that the coffee king would be the first company to allow purchases of drinks and other goods with crypto via Bakkt’s payment protocol.

The platform is set to make its official debut in November. News like this was big enough to cause many enthusiasts to believe the bitcoin price would incur another spike. Instead, the opposite occurred, which leaves us to think that maybe bitcoin’s overall structure has changed. Maybe news no longer has the influence it once did over bitcoin and related cryptocurrencies, and the drops and spikes one witnesses are dependent more on technical factors.

In addition, Wall Street powerhouse Goldman Sachs says that despite the creation of its new bitcoin trading desk, executives believe bitcoin will never come back, and that the $20,000 investors witnessed last year was a one-time gig never to be repeated.

One source is claiming that a bitcoin futures trader is largely responsible for today’s massive slide. Digital exchange OKEx, based in Hong Kong, was ultimately forced to cover a trade when an anonymous futures trader couldn’t cover his losses when bitcoin’s price went down after making a “wrong-way bet” on the currency.

The long position of roughly $416 million was force-liquidated on July 31. OKEx later administered a statement saying that due to the size of the order, their risk management team couldn’t trigger the “societal loss risk management mechanism,” which ultimately forced other futures traders to give up approximately 18 percent of their alleged earnings to cover the loss.