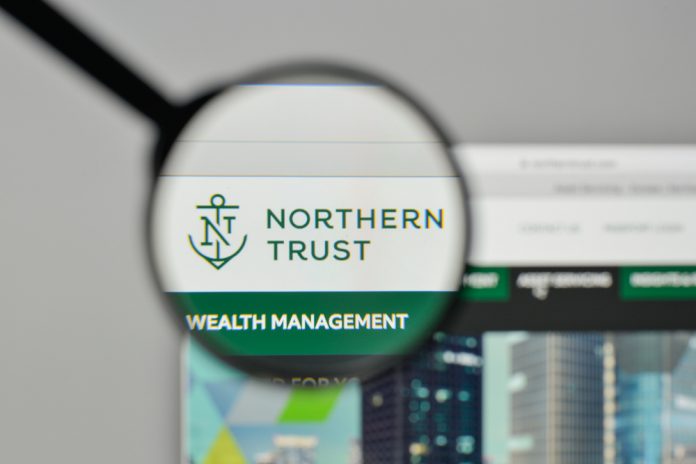 Northern Trust has become the latest financial services giant to announce ventures related to cryptocurrency and blockchain technology. The Chicago-based company revealed that it has been working on blockchain-based solutions for its private equity workflow as well as assisting hedge funds that have invested in cryptos. Northern Trust is working with three mainstream hedge funds that have recently begun investing in cryptos, with its recently developed administration services being specifically designed for crypto-related services. According to an executive at the company, Northern Trust believes that it’s only a matter of time before governments tokenize their fiat currencies, and the company intends to stay ahead of its competition when that day comes.

Cryptos and Blockchain Are the Future

Northern Trust has been making major moves with cryptos, the company’s Corporate and Institutional Services President, Pete Cherecwich, recently stated in an interview with Forbes. The enthusiasm around digital currencies stems from the company’s firm belief that tokenized assets are the future of finance. Anything can be tokenized today, and there needs to be a market leader who develops universally acceptable digital asset management protocols, he explained.

One of the company’s projects involves three hedge funds that have diversified their portfolios by investing in cryptos, though Cherecwich didn’t reveal the hedge funds’ names due to nondisclosure agreements. Northern Trust has been assisting these clients to value their investments and record the value as part of its fund administration services. The company has been progressively diversifying its services from the traditional asset management it has engaged in for the past 129 years and incorporating new crypto-focused services such as asset existence validation, AML protocols, and crypto trading reconciliation.

Renowned for its custodial services, Northern Trust hasn’t begun offering custodial services for crypto assets, and according to Cherecwich, it doesn’t intend to do so in the near future. Crypto custody is becoming a sought-after service, with Coinbase leading the pack in this emerging market. The exchange’s recently-opened custodial service has already attracted 10 hedge funds and family offices, the company revealed last month, with its target set at 100 institutional clients and $5 billion in assets under management by the end of the year.

Cherecwich believes that in the future, governments will be forced to tokenize their currencies as the demand for digital currencies rises.

The company is also working to integrate blockchain technology into its private equity business, which is valued at over $77 billion. The business, which boasts of having 20 percent of the wealthiest families in the US as clients, developed a blockchain platform in 2017 for Unigestion, a Swiss investment services company. It later made upgrades to the original code which is built on the Linux-backed Hyperledger Fabric, and is now using it to settle transactions seamlessly. The blockchain platform also facilitates the exchange of ownership of assets between limited and general partners. The end goal is to reduce the role of middlemen and to speed up the transaction execution time, Cherecwich stated.

Northern Trust is also betting on blockchain technology playing a more central role in the future in regards to regulators and auditors. It has therefore partnered with PricewaterhouseCoopers to develop auditing tools that will give regulators real-time access to financial reports from companies. While auditors previously had to wait to access the reports, the new blockchain-based tools will enable them to detect any suspicious activity in real time and respond accordingly.