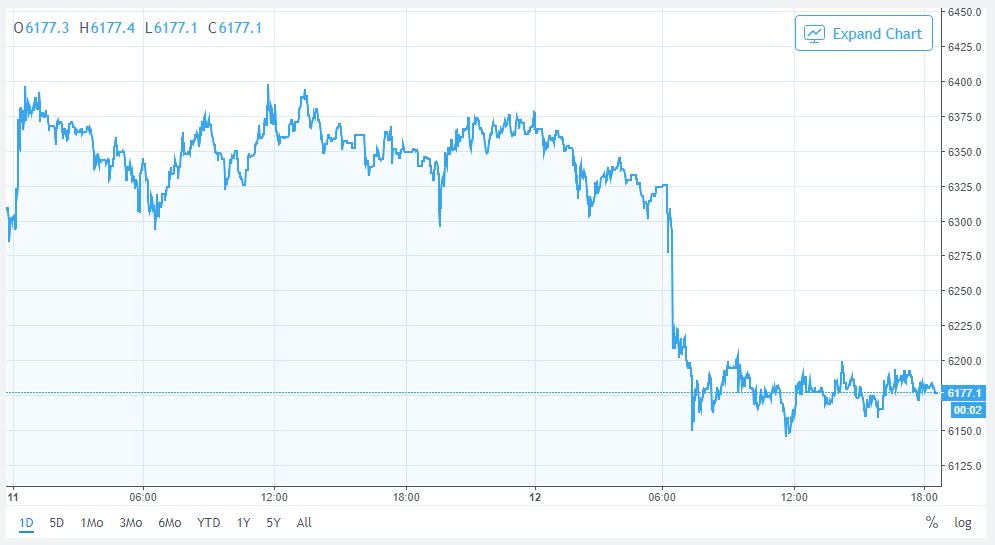 Bitcoin’s back in a slump… Again. At press time, the currency is trading in the $6,100 range – roughly $200 less than where it stood yesterday morning. The price has been in steady decline over the past 48 hours after remaining at what analysts believed was a solid $6,700.

Present resistance has proven to be too much for bitcoin to handle. $6,700 was believed to boost bitcoin up to the coveted $7,000 mark, though this isn’t likely to occur anytime soon. After all the work it did to get up there, the asset has dropped by roughly $600 in just two days.

Previous support was sitting at $6,200, though it has now been broken. Granted support at the $6,100 level is maintained, bitcoin could potentially drop below $6,000 yet again. Overall, the currency is down by more than three percent, and selling activity is likely to continue for some time. 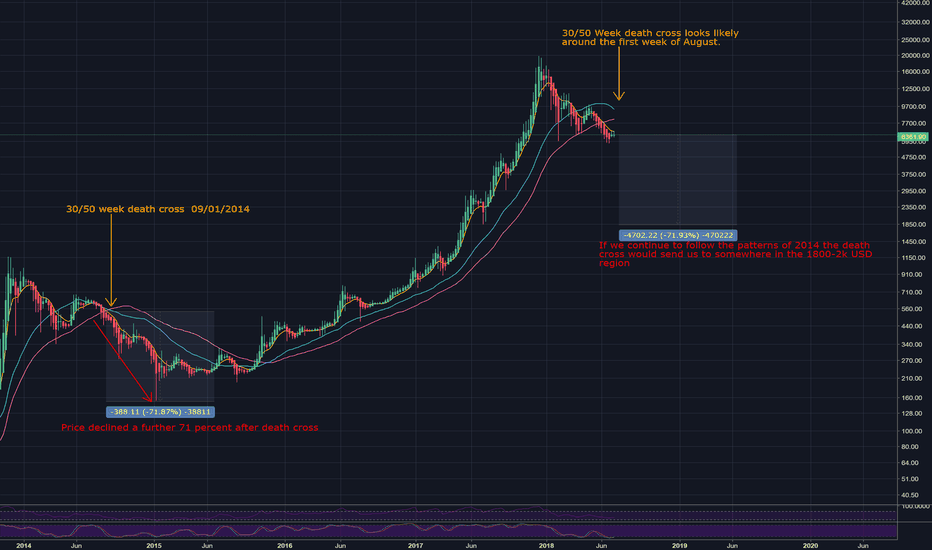 And yet, many experts remain unconcerned. Writing for Forbes, Colombia University professor Panos Mourdoukoutas explains that $6,000 is the key support position for bitcoin, the first reason being a technical one. CEO and founder of Blocktrade Capital Ben Marks pushes this point by explaining:

He says that a fall to $6,000 would technically be the “right thing” for bitcoin to do given the currency’s correction history, and that investors shouldn’t be too worried about it tanking.

The second reason is a psychological one. Marks states:

“I believe that when the bitcoin price dips below $6,000 and into the $5,000 range, it triggers something in traders and developers that spurs them into action, and gets them collaboratively doing whatever is necessary not to let the price fall below $5,000.”

“In my opinion, it’s not the $6,000 price that is critical. What’s critical is that bitcoin remains stable within that price range, and it has. Bitcoin has held steady in the 6,000+ dollar range over the past few weeks.”

The final reason regards fundamentals. Things like mining equipment and similar resources can play a huge role in whether the price swings up or down. Fundstrat’s Tom Lee also boasts this sentiment, claiming that the main reason bitcoin could spike to $25,000 by the end of the year will be heightened costs in mining equipment.

“The ‘iron’ price of bitcoin is about $6,000 because the average hard cost of mining bitcoin is just under $5,000 – with highs exceeding $15,000 in some countries, and a low of just over $500 in Venezuela,” explains Shidan Gouran, CEO and president of Global Blockchain Technologies.