At press time, the father of crypto has fallen by about $100 from yesterday and is now trading for roughly $6,670.

This is still an improvement over where bitcoin has stood for the past few days. Typically swinging about the $6,400 range, the cryptocurrency remained within this region and didn’t react much to the news that the Securities and Exchange Commission (SEC) had rejected a total of nine new bitcoin ETFs. This was later followed by a $300 upswing, and many thought the cryptocurrency market was beginning to mature. 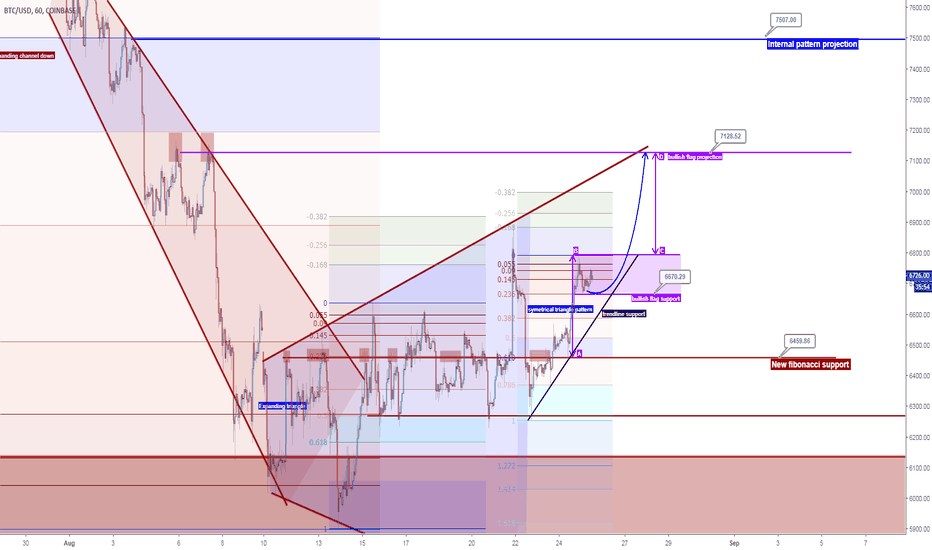 But not everyone is convinced of bitcoin’s prowess. According to Anthony Pompliano – founder and partner of Morgan Creek Capital Management – bitcoin may take another five years before it reaches new highs and incurs the bull rally that so many enthusiasts are waiting for. Pompliano had previously predicted bitcoin to strike the $50,000 mark by the end of the year. Now, it appears he’s taking a few steps back with his hypothesis.

Pompliano’s latest prediction is more in tune with long-term trends involving the bitcoin price. While past behavior is never a solid indicator of what will happen in the future, it is expected that the next price high could take as many as 2,000 days to become a reality, and we may not see bitcoin strike solid ground until 2023. Previously, Morgan Creek Capital Management had predicted that bitcoin would hit the $500,000 mark by the year 2024.

In related news, interest in bitcoin continues to slump amongst members of the public. Searches for terms like “bitcoin,” “cryptocurrency” and “bitcoin price” are three time less than what they were last December, and the current bear market isn’t doing much to boost intrigue.

And yet despite all this, there remains a handful of bulls that believe bitcoin is destined for greatness – and very soon. For example, cryptocurrency portfolio manager Jeet Singh recently commented at the World Economic Forum in Davos that the present volatility investors are witnessing in the bitcoin space is completely normal, and that the asset could reach $50,000 by the end of the year.

In his speech, Singh compares bitcoin with the stocks of both Microsoft and Apple. He explains that initially, both stocks were quite volatile, and as the companies continued to develop and solidify their business models, both rose considerably and quickly.