There isn’t a whole lot to be said about bitcoin, presently. Most sources and analysts are of the same sentiment – that the primary difficulties have been overcome, though for the most part, it’s unclear what the future holds or if bitcoin can incur any additional spikes over the coming weeks.

One source suggests that bitcoin volatility has bottomed out, and that the currency’s price will ultimately begin its climb towards $8,500. From there, the currency could potentially spike to $10,000, followed by $11,300. However, little proof is offered as to why or when this will occur. It also mentions that if the bulls really have their way, the currency could drop as low as $4,500, and that investors should keep their eyes on this level. 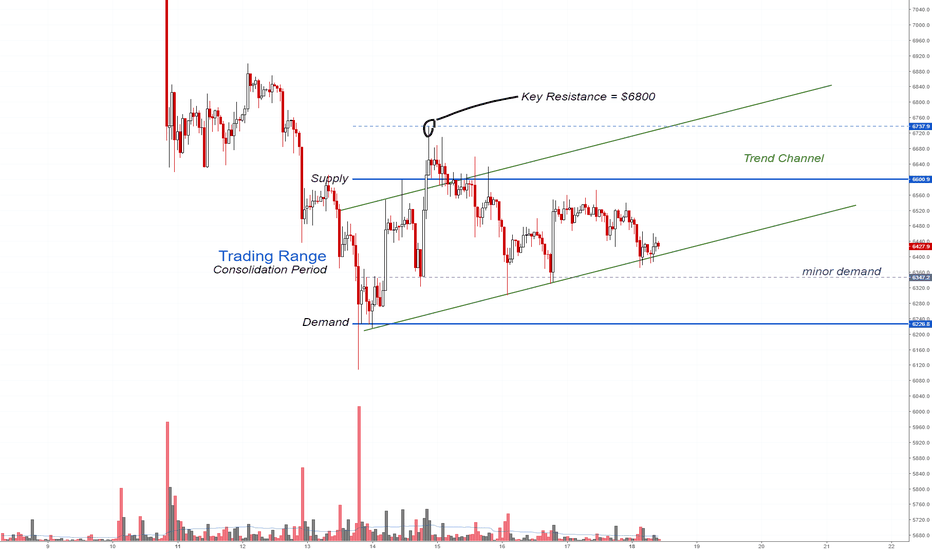 Perhaps the biggest news surrounding bitcoin stems from a new report issued by BIS – a Switzerland-based financial institution founded nearly 88 years ago. According to the document, bitcoin and cryptocurrency are virtually responsible for every problem that either is or could be occurring in the financial industry… Okay, that’s a bit of an overstatement, but the report does seem to blame bitcoin for many issues, and suggests that investors stay as far away as possible.

For one thing, it mentions that cryptocurrency mining operations are flawed due to how much energy they require. It also states that virtual coins really have no value, as most people are only investing in them for speculative purposes, and that the blockchain, while indeed revolutionary, will be too expensive to secure in the future, and is likely to “break the internet” given how much it would take to implement it on national retail payment systems.

“Trust can evaporate at any time because of the fragility of the decentralized consensus through which transactions are recorded. Not only does this call into question the finality of individual payments; it also means that a cryptocurrency can simply stop functioning, resulting in a complete loss of value. Moreover, even if trust can be maintained, cryptocurrency technology comes with poor efficiency and vast energy use. Cryptocurrencies cannot scale with transaction demand, are prone to congestion, and greatly fluctuate in value.”

The report seems to follow ideals that are very old, many of which have either been disproven or pushed aside as the blockchain – which is still an early form of technology – continues to adapt.

“It was really shallow. They haven’t done much research at all, clearly. They’re looking back at stuff that’s year’s old. They’re not looking at what’s going on in terms of the real R&D in this space. It’s just poor research. I’m deep, deep in [the blockchain] and I’m a pretty technical person, and I cannot keep up. There’s so much. I’m not even close. There’s just so much activity and so much innovation happening. I’ve never seen anything like it. It’s just happening at such a pace.”