It’s finally happened! At press time, the father of digital currency has leapt to the $6,700 mark and conquered its latest plane of resistance.

At the same time, it appears bitcoin isn’t entirely out of the dark just yet. One source mentions there are still risks posed to the crypto leader, but acknowledges that $7,000 is a doable target. The source reads:

“BTC risks falling below $6,341 (double bottom neckline – former resistance-turned support, the lower end of the trading range) as indicated by the bearish setup on the hourly and four-hour chart. Acceptance below $6,341 would abort the bullish view put forward by the double bottom breakout, bull flag breakout, and bullish falling channel breakout, and would shift risk in favor of a drop below $6,000. On the higher side, an aggressive move above the significant obstacle of $6,754 (23.6 percent Fibonacci resistance) would bolster the already bullish technical setup on the daily chart, and open the doors to $7,000.” 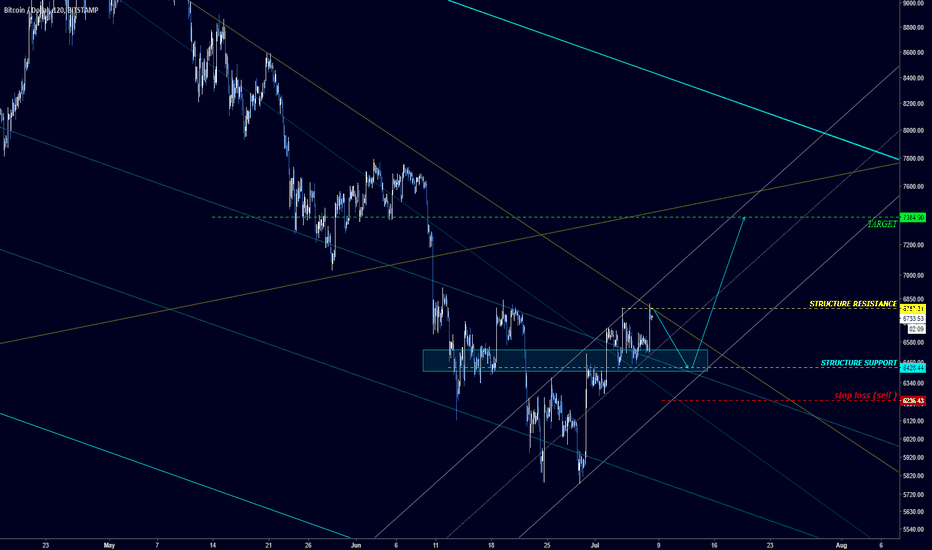 There are several factors that may have led to this sudden (yet positive) change. South Korea – which is responsible for roughly one-quarter of the world’s cryptocurrency trades – has announced it is loosening restrictions on all cryptocurrency trading. It is also leaving the door open for domestic initial coin offerings (ICOs).

Other stories include Coinbase Custody, which went live on Monday, and the increased usage of the Lightning Network, which we discussed during yesterday’s price article. However, the source quoted in that piece suggested a negative side to the Lightning Network’s activity, saying that if miners didn’t get their way, the bitcoin price could be hit hard.

However, the Lightning Network does appear to be increasing approximately 50 percent every week, and roughly 20 new stores are accepting Lightning payments.

According to Jon Pearlstone – publisher of the newsletter Crypto Patterns – the currency has been developing solid resistance at $6,450. While this is a positive sign, he’s warning investors to remain careful.

“While it’s bullish short-term that BTC has held $6,450 since moving up from the lows, the struggle for buyers to follow through and take the price above the next key technical level of $7,250 is a good indicator that it’s best to stay cautious in this market,” he explains.