Well, after all the hype and hoopla stemming from bitcoin’s $100 spike roughly 24 hours ago, it appears we’ve been fooled once again. Bitcoin is back down to the $6,500 range, suggesting that the currency has truly found comfort in this area over the past few weeks and isn’t as eager to move as we are.

As one source puts it, bitcoin is being very “stubborn” as of late. The currency simply refuses to move, which can be looked at in one of two ways. On the one hand, it’s a positive notion that bitcoin cannot be broken, and volatility has seemingly sunk deeper into oblivion. However, it’s also annoying in the sense that enthusiasts and traders alike want to see bitcoin spike further. They want to make their money; heck, who wouldn’t? The father of crypto has proven disappointing in this sense over the past few days. 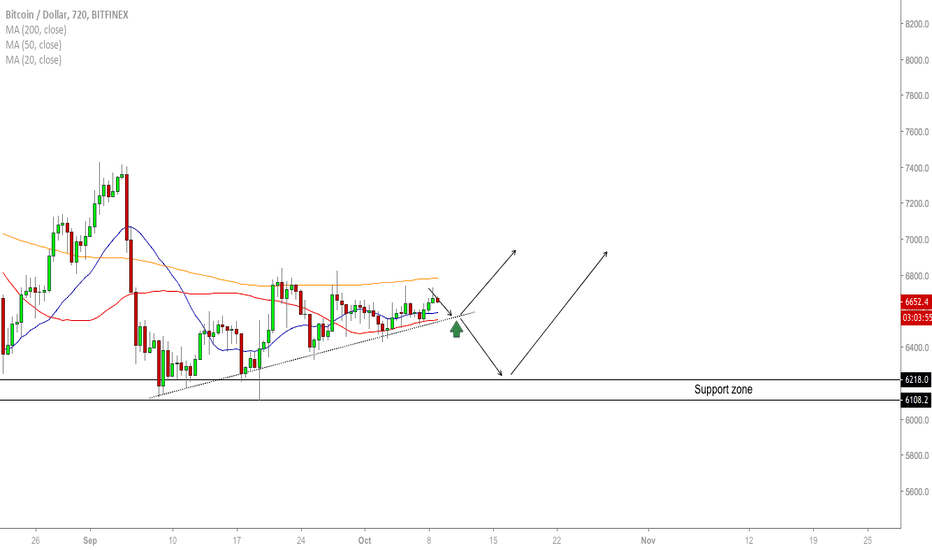 Since September 20, bitcoin has repeatedly swung between $6,300 and $6,800, ultimately settling at the $6,500 average. According to the same mentioned source, a bearish flag could be forming on the daily charts, though further evidence of this is not entirely clear. At the time of writing, the price is, naturally, being controlled by the supply (which is up) and the demand (which is down). The price isn’t likely to hike further unless these two elements trade places.

If the bulls were able to test the upper resistance levels, however, we’d be in for a particularly large relief rally, which could take the price back to where it peaked prior to the September 5 drop. In other words, bitcoin has another shot at striking $7,000, but if the bears continue to strengthen their grasp, bitcoin may fall again to $6,300, which could prove disastrous. Further falls could be witnessed, which would once again place bitcoin in the $5,800-6,000 range.

Also, new data from research firm Diar is suggesting that while miners have made a crud-load of money this year (roughly $4.7 billion in assorted crypto funds), bitcoin is less profitable than ever. Several factors are contributing to these circumstances, including increased competition and computing power. Smaller mining operations are now at risk of suffering financially at the hands of larger firms like China’s Bitmain.

“It’s unlikely that the recent tapering out of the hash power will last. With big mining operations on low electricity costs running at anywhere between 50 and 60 percent gross profit from bitcoin revenues, the market has a lot of room left to grow and profits to squeeze, but bitcoin mining has, at least for now, and most likely in the future, moved into the court of bigger players with deep players.”