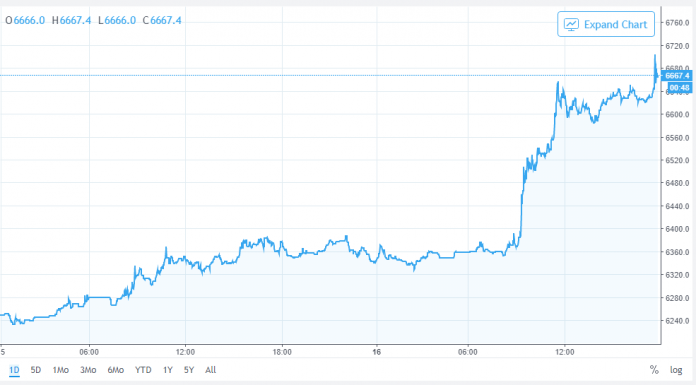 At press time, the father of cryptocurrency is up by roughly $300 from yesterday, and is trading for over $6,600. This is great news, as many sources are commenting that bullish trends are forming on bitcoin’s technical charts, and the currency is once again finding its way to the top.

Bitcoin is up by nearly four percent in 24 hours, and the next step will be $6,700, which is exactly where we were early last week before the currency tanked to $6,100. At that time, bitcoin was unable to handle its present resistance and move beyond $6,700, and many are wondering if the currency will gather strength to move forward or fall back as it did before. 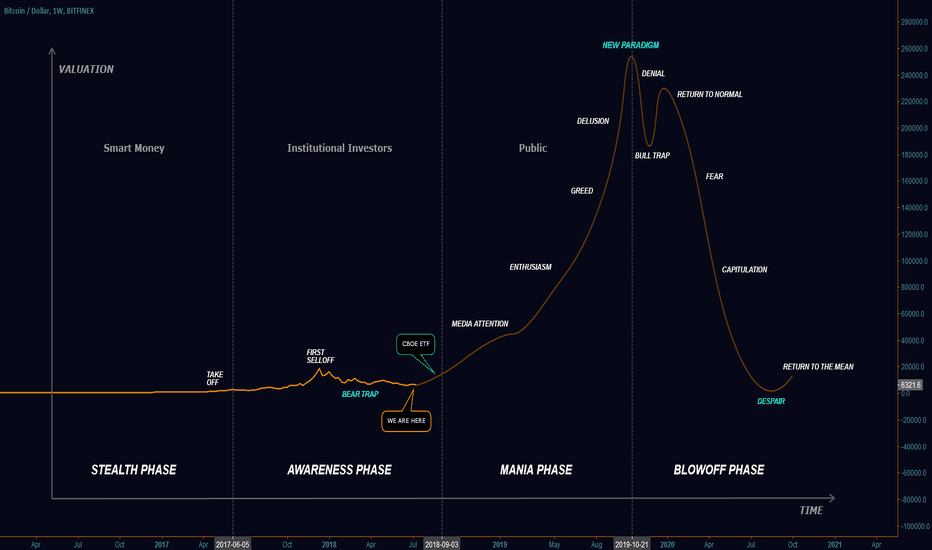 The big clincher is that resistance, this time around, sits at $6,800, which isn’t much higher than the currency’s present target. Buyers and sellers are battling it out for dominance in bitcoin’s struggle for greatness, though resistance was also at $6,800 during bitcoin’s previous ascension. This situation is an exact repeat of last week, and it’s only a matter of who gets the upper hand: those who buy, or those who sell.

The good news is that bitcoin is garnering political support from former U.S. Representative Ron Paul, who believes bitcoin and all other virtual currencies should be legalized. In an interview with CNBC, Paul said of bitcoin:

“So far, it hasn’t proven itself, and cryptocurrencies haven’t been certified yet, but I think they should be legal. They should never commit fraud, we should not tax money, and we should have competition money.”

At first, Paul was adamant about the regulation of crypto. Now, his opinion has changed, as he doesn’t think bitcoin should be allowed to compete with USD. He’s also for the denationalization of money, as people don’t always trust the government, yet they seem to trust bitcoin.

One of the reasons for bitcoin’s major price spike may be a growing interest in crypto amongst BlackRock executives. BlackRock is a $6 trillion asset management firm, and in a recent report, the organization hints that it favors cryptocurrency and blockchain technology, though it has refused to comment on any specific venture.

Iqbal Gandham – UK managing director of trading platform e-Toro – believes this is a positive sign that the market’s mainstream appeal is growing.

“BlackRock entering the crypto market is great news for the industry, and one which was to be expected,” he comments. “It was always a question of when, not if. Crypto assets are a growing class, and one which investors are increasingly keen to explore. Combined with the emerging world of tokenized securities, we have the perfect storm to create a new generation of investors, as well as change the concept of investing itself.”