At press time, the father of cryptocurrency has jumped to $6,700 – the highest it’s been in a while. This is about $200 “taller” than where it stood just 24 hours ago.

Many sources claim that the bitcoin market is beginning to show signs of maturing. The latest sign comes by way of the Security and Exchange Commission’s (SEC) rejection of roughly nine separate bitcoin ETF proposals. Strangely enough, bitcoin remained in the $6,400 range the entire time, and was largely unaffected by the news. 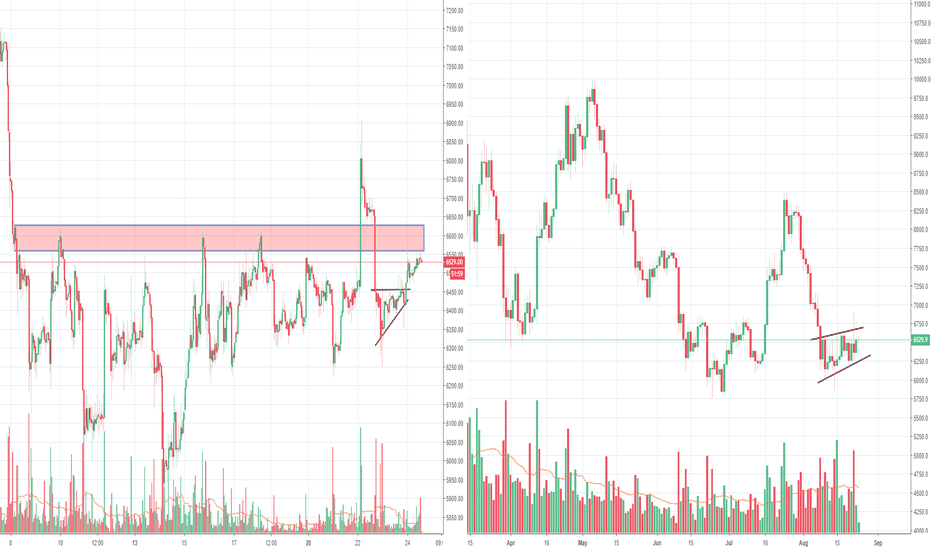 The SEC’s reasoning for the rejections is as follows:

One of the reasons bitcoin may not have reacted to the rejections is that none of the industry leaders expected the proposals to go through, and bitcoin cannot fall if hope is already in the gutter. Tim Enneking, managing director of Crypto Asset Management explained, “After the most recent Winklevoss rejection, virtually no one expected any of these applications to be approved.”

Oliver Isaacs – blockchain investor, advisor and influencer – offered similar sentiment on the situation. He stated, “I think the ETF rejections were expected, and therefore already factored into the price of bitcoin.”

Joe DiPasquale, CEO of cryptocurrency hedge fund BitBull Capital, claims that the rejected ETFs were not on the same scale as the Winklevoss proposal. In other words, they weren’t as high profile, and thus did not give rise to as many negative trends:

“The ETFs in question were never as high profile as the Winklevoss ETF applications were, so we did not see the markets react on the same scale. We are also witnessing what I refer to as FUD fatigue. We have seen recurring events, such as regulatory concerns in Asia, have a less diminishing impact the more often the markets face them. The same principle applies to the repeated rejection of bitcoin ETFs.”

According to Eric Ervin, CEO of Blockforce Capital, the proposal that still has the highest chance of garnering approval is the one submitted by the VanEck SolidX bitcoin fund:

“In the short run, we feel that the best hope for a bitcoin ETF this year will be the VanEck SolidX proposed ETF, which will take custody of the bitcoin rather than invest in the futures markets. It has a couple of other features which make it slightly more palatable for the SEC. 1) Insurance, and 2) a very high share price, prohibiting the average ‘retail’ investor from participating.”