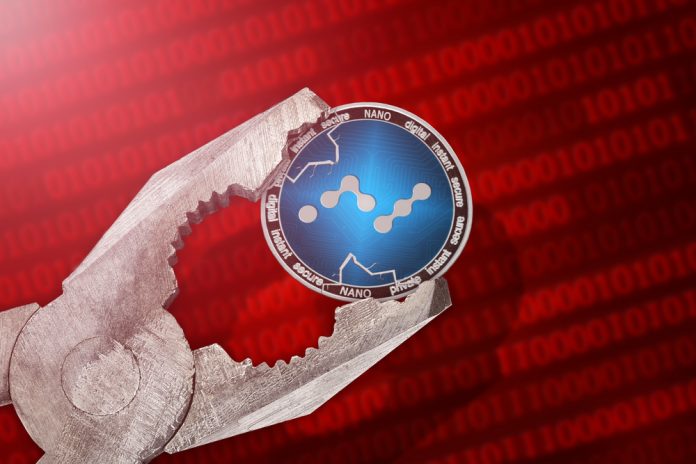 It remains increasingly difficult to predict what the cryptocurrency markets will bring throughout the remainder of 2018. After a positive day yesterday, the situation looks very different today. The Nano price, for example, doesn’t care about the top markets’ momentum. It simply surges on without any hindrances.

It is not uncommon for alternative cryptocurrencies to note gains when Bitcoin is entering sideways trading momentum. Although those gains are usually limited in nature, there are exceptions. The Nano price is a good example in this regard, as it notes very strong gains despite there being no real reason warranting such a positive trend.

Volatility is second nature to Bitcoin and all other cryptocurrencies. Even so, the Nano price gain of 33.5% is rather spectacular, as it pushes the altcoin’s value to $3.43 once again. This is a more than welcome change of pace for long-term Nano holders, as this altcoin has seen a very steep battering throughout most of 2018. Surpassing the all-time high of $32 will not happen anytime soon, though.

As is usually the case when it comes to altcoins gaining value, there is a major shift in the ratio compared to Bitcoin The NANO/BTC ratio has shifted by 3372% in favor of the altcoin, further adding to the net USD gains for this alternative cryptocurrency. The bigger question is how long these changes will remain in effect.

All cryptocurrencies note a massive decline in trading volume, it has been a while since the total crypto volume dipped below $9.7bn, albeit that is not entirely uncommon during the weekend.  For Nano, its trading volume seems to hold its own quite well. Just over $77m worth of Nano has changed hands in the past 24 hours, which seems sufficient to keep this trend going for a few more hours.

Based on the current conditions, it would appear most of the Nano trading volume originates from the Binance platform. Binance represents nearly 97% of all trades, which further confirms the rest of the world isn’t too bothered by this altcoin. Binance’s BTC, ETH, and BNB pairs complete the top three, followed by KuCoin’s BTC market and the OKEx USDT offering.

How all of this will evolve for Nano in the coming hours, remains to be determined. Although things look rather promising at this time, it is evident such major gains cannot be sustained indefinitely either. It is not unlikely the Nano price will drop a bit before the day is over, although there are never any guarantees in the world of cryptocurrency.