At press time, bitcoin is trading for just over $6,400. This is about $50 higher than where it stood yesterday.

It’s easy to jump into the fray and assume that maybe, just maybe the market is improving once again, but we’ve seen this too many times to enter this conclusion so suddenly. Sadly, bitcoin – like all cryptocurrencies – is volatile; it moves up, it moves down, and before you know it, everything is a mess. We think it’s ascending, and right when we assume things are about to reach a new level or strike new rungs on the financial ladder, the currency falls again. Confusing? Yes. Annoying? Definitely… 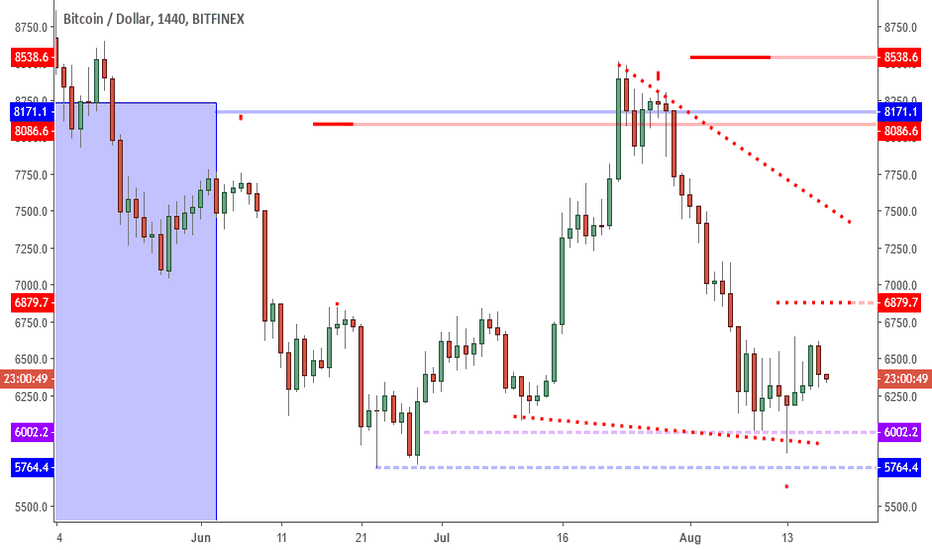 So, before we automatically assume that this $50 addition to bitcoin’s price is anything special or indicative of new market trends, we need to examine bitcoin carefully and realize that volatility – as always – is a consistent problem in the bitcoin and cryptocurrency spaces. One that isn’t likely to disappear anytime soon. Cryptocurrency needs to garner a little more legitimacy and maturity if it’s going to see volatility vanish once and for all.

One source mentions that there is some good news ahead. For now, bitcoin is staying above the $6,400 line, while the main support point of $6,000 is remaining sturdy. The positive thing is that bitcoin isn’t likely to slink back to this region for some time, so perhaps a few upswings are set to occur soon.

Still though, we must remain cautious, especially considering there isn’t a huge abundance of bitcoin left. In fact, most of the currency that has yet to be mined is “already spoken for.” According to the CEO of UK-based cryptocurrency investment firm CoinShares Ryan Radloff, a series of surveys conducted in the US, Australia and Europe suggest that many residents have not only heard of cryptocurrency but intend to own it in the future.

Taking all the figures into account, the number of people who “intend” to own crypto comes out to approximately 99 million people, and even if they only purchase a small sum of newly-mined cryptocurrency, this would result in approximately 1.9 million bitcoins alone being extracted and purchased upon release.

“These demand numbers indicate that almost half of the remaining non-minted bitcoin supply is ‘spoken for,’” Radloff writes in a Medium post.

In addition, he suggests that bitcoin and most major forms of crypto are so developed now that their growth and expansion is harder to see. Bitcoin, for example, isn’t necessarily growing in price, but rather is expanding via market dominance. We recently reported that roughly half of the crypto market is bitcoin, and that more people are turning to bitcoin over altcoin experimentation. While this is no doubt indicative of bitcoin’s power, one questions how solid an investment the currency will make granted its price doesn’t reflect the change.