Bitcoin is trading for just over $6,200. This is about $100 less than where it stood yesterday. The currency continues to sputter along and encounter small ups and downs as it tries, once again, to rise to the top.

While bitcoin itself remains somewhat stable, the crypto market in general is heading towards its lowest position this year, according to one source. The market reached its overall lowest point on August 15 at roughly $191 billion. While the market has since jumped to $200 billion since then, the last 24 hours have been marred by further drops, which now places the total crypto market at $196 billion. Another $5 billion and it will once again be standing at its lowest figure of 2018. 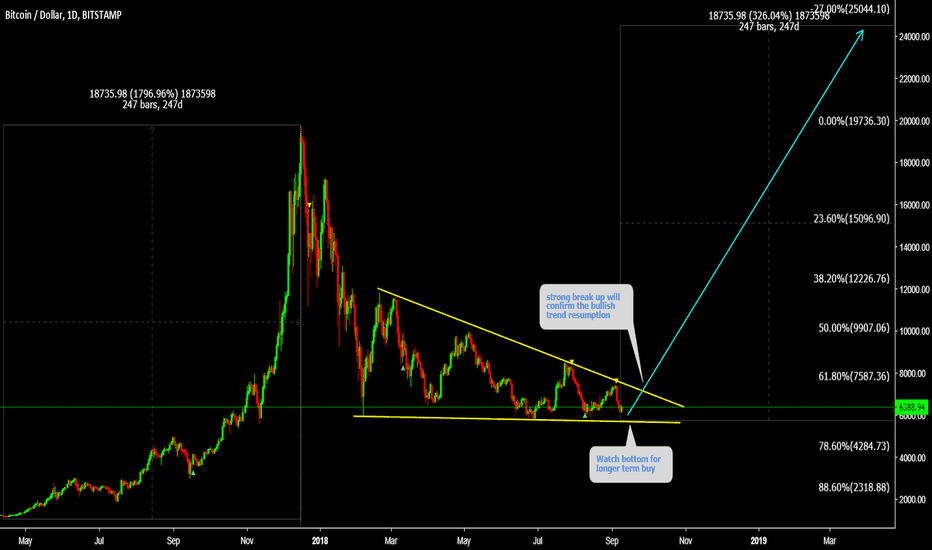 While it’s always possible that bitcoin will break beyond the $6,400 point and regain momentum in the coming weeks, many technical analysts are telling enthusiasts not to hold their breath, with one even writing:

“One of the most powerful tools of spotting a market reversal is the three-line fan. All three lines must act as support turned resistance. Not a big diagonals fan, but I’ve used this idea with great success in the past. Don’t expect a reverse anytime soon in my opinion.”

While minor gains were witnessed during the early morning hours (roughly 0.8 percent or less), the bears are continuing to gain a strong footing within the crypto space, and according to one source, we can expect even further losses before we start to witness a turnaround. Overall, the currency has lost nearly 15 percent in just over five days of trading and selling pressure in the crypto market is at an all-time high. Right now, bitcoin is in danger of striking an even $6,000. Support for the currency presently sits at $6,091, while resistance is at $6,345.

Meanwhile, the Securities and Exchange Commission (SEC) has suspended the trading of two investment products that track cryptocurrencies as there has been confusion regarding whether they are ETFs (which they aren’t). The products are the Bitcoin Tracker One and the Ether Tracker One, both of which are listed on the Nasdaq exchange in Stockholm, Sweden. In addition, both claim to track the prices of the said cryptocurrencies and will be available only until September 20.

The SEC has released a statement, explaining:

“It appears that there is a lack of current, consistent and accurate information. Application materials submitted to enable the offer and sale of these financial products in the United States, as well as certain trading websites, characterize them as ‘exchange-traded funds.’”