Bitcoin is not changing. This is both a negative and a positive sign. $6,700 is nothing to be particularly pleased about considering the currency was trading in the $7,000, $8,000 and even $9,000 ranges over the past two months, yet we can’t help but feel a little relieved that bitcoin has not dropped any further. While $6,700 is not anything to celebrate, investors and traders alike can revel in the idea that bitcoin probably is not going to shrink any further over the coming days.

Bitcoin has remained in its present position for roughly four days, and one source explains that the bulls are still controlling the coin’s long-term dominance despite the recent hack of South Korean cryptocurrency exchange Bithumb, which we discussed during yesterday’s price article. At press time, over $30 million in crypto funds have been stolen, and while users’ stashes have been stored in the company’s cold wallet, it appears withdrawal and deposit services are still suspended.

Throughout all the hype and hoopla, bitcoin has managed to sustain its present position. Now, it appears the currency is eyeing the $6,800 mark, which it could strike in the short-term. Buyers, however, must work to shake off all the current sellers if bitcoin is going to strike a higher note in the coming days. 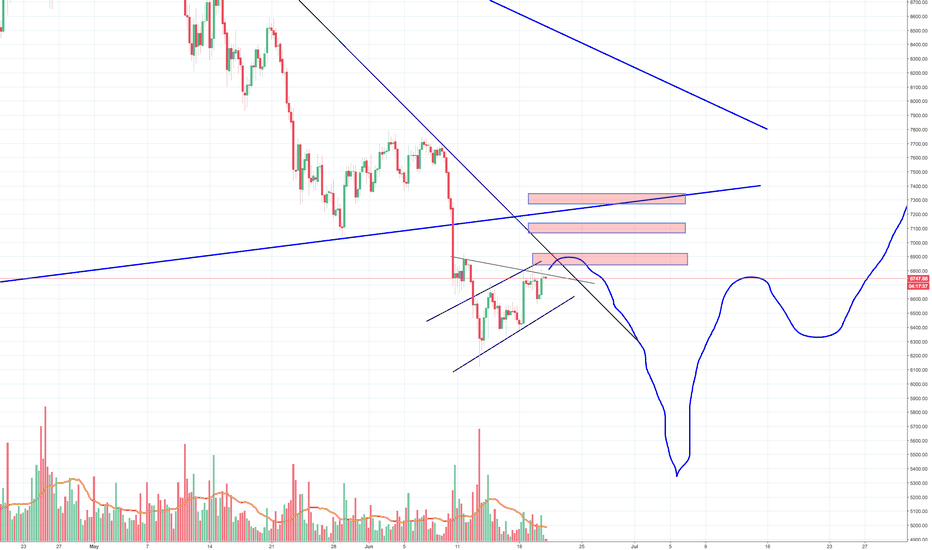 Current resistance is being tested at $6,750, and all technical indicators indicate that a short-term bullish momentum is about to strike. Traders could expect to see bitcoin strike $6,800 soon as buyers continue to cover more ground, while present support at $6,600 may continue to hold. However, major support is only at $6,400.

In the meantime, Coinbase CEO Brian Armstrong says he’s come to enjoy “bitcoin’s lows,” as they tend to “distract those who aren’t making progress.”

In a series of tweets, Armstrong mouthed off against the currency’s doubters, and compared bitcoin’s prices in 2013, 2014 and 2017, noting the currency’s “up-and-down” cycles. He mentions:

“After many years of this, I’ve come to enjoy the down cycles in crypto prices more. They get rid of the people who are in it for the wrong reasons, and it gives us an opportunity to keep making progress while everyone else gets distracted.”

In addition, he also warned Coinbase employees to stay away from “irrational” people who would remain “pessimistic” towards the future of crypto and the blockchain:

“Reality is always somewhere in the middle, more correlated with real usage (transactions per day) than the price.”

His comments come at a time when Coinbase appears to be striking all edges of the cryptocurrency space. On one hand, the platform is adding new coins like Ethereum Classic, thereby growing its potential business and incurring prices rises for the coins in question.

On the other hand, Coinbase has recently been subpoenaed (along with three other exchanges) by the Commodity Futures Trading Commission (CFTC) regarding trading data with bitcoin futures to see if the currency’s price has experienced manipulation over the last seven months, and it is unclear how Coinbase executives will handle this request or if they are willing to cooperate.