At press time, the father of cryptocurrency has managed to remain at $7,000 after hitting the newfound zone during yesterday’s afternoon hours. Bitcoin huddled at the $6,400 mark for several days and remaining largely unaffected by relative financial news, but later spiked to $6,700 and broke the $7,000 line about 24 hours ago.

Despite the price rises, not everyone is convinced that things are about to get better. Yesterday, we discussed Jordan Belfort, the Wolf of Wall Street, and his feelings towards bitcoin. Belfort is convinced the behavior behind bitcoin is fishy, and that things will fall apart in the end. 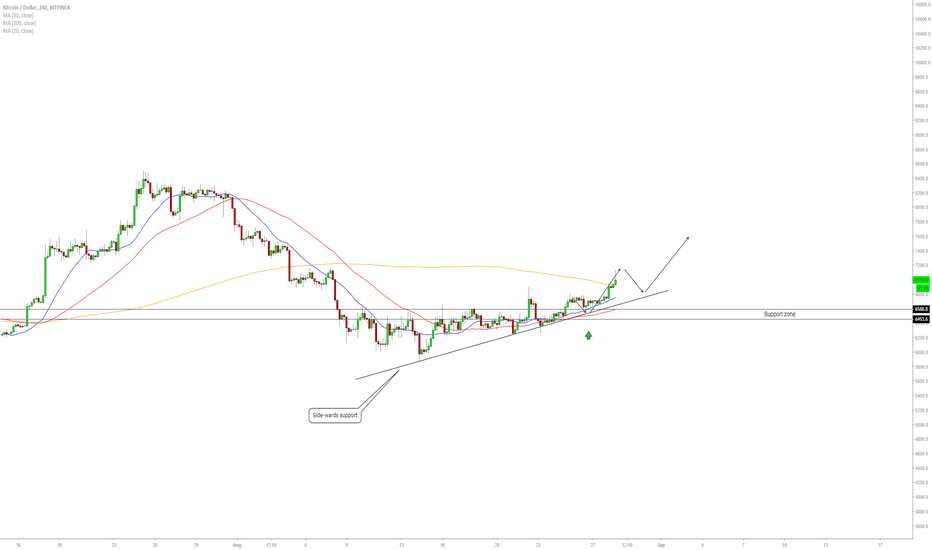 In his latest interview, Belfort explained that he thinks it’s “outrageous” that anyone would ever think governments could accept an anonymous currency like bitcoin. He states:

“Bitcoin itself is not a scam, I don’t think. What’s happening is there are scams around it being perpetuated because by its very nature, it’s a dark market and you can’t see what’s going on behind the scenes. People dive into that and use it to rip off others. It’s not that bitcoin is a scam, but its nature allows scams to occur – and that’s what’s been going on.”

And to a point, one must accept Belfort’s words openly. Since 2014, the cryptocurrency scene has been marred with Mt. Gox-like events that have seen hundreds of millions of dollars in crypto funds disappear in relatively short periods. There are still many issues involving bitcoin and cryptocurrencies as they’re considered birthing technologies, and it could be a while before those issues are resolved.

Belfort went on to say that there’s no legitimate reason behind bitcoin’s existence other than “pure speculation.” He says the whole point is to get more people involved so main players can make money on “early investors.” He explains:

“I would say 95 percent of people in bitcoin are legit, but it’s the five percent that kills you every time. The people that are scamming should go to jail. Those who aren’t scamming, well, I feel bad, because they are probably going to lose all their money, or most of it.”

In the meantime, bitcoin’s price is giving rise to further speculation. Despite the recent $7,000 barrier break, many analysts believe it will take time before the currency gets close to its $20,000 high point from last December.

“Clearly these are rosier numbers than we’ve become used to, but let’s not get carried away. Climbing higher than $7,200 remains challenging, as well as breaking the $7,900 barrier – the 200-day simple moving average. I wouldn’t write off a squeeze above $7,200. There still seems to be an imbalance between short vs. long interest right now on major exchanges.”