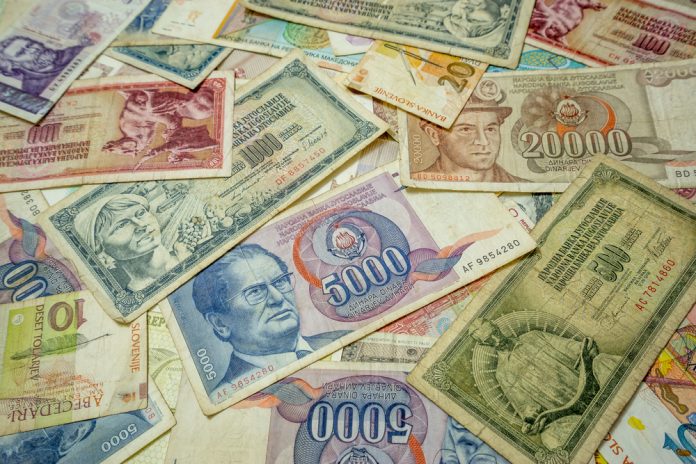 There is a very strong focus on the potential failure of Bitcoin and other cryptocurrencies. As unlikely as that may seem, there are numerous precedents for failed currencies. The following national government-backed currencies, ranked by reversed longevity, have all failed due to hyperinflation issues.

As the first fiat currency to succumb to hyperinflation in a month or less, the Yugoslav 1994 Dinar is a co-record holder of a less popular title. Although it was the fifth redenomination of the Yugoslav dinar in several years, this venture was never destined for greatness. The conversion ratio was 1 billion to 1, similar to what countries such as Venezuela have attempted to do in more recent times.

Hungary is on this list more than once, which shows how government-issued fiat currencies are never guaranteed longevity. The Hungarian bilpengoe survived for just 1.5 months. After World War II, Hungary suffered from its highest rate of hyperinflation. The bilpengoe was worth one trillion pengoe and was introduced to address the number of zeroes on the existing fiat currency bills. Sadly, it soon succumbed to the same threat that it was meant to counter.

No one will be surprised to learn that one of the successors to the bilpengoe failed in equally spectacular fashion. More worryingly, both currencies were introduced and scrapped in the same year, further highlighting Hungary’s massive hyperinflation issues during the years following World War II. The adopengoe remained in circulation for about two months, which is far from impressive.

In reality, the Goldmark was a very popular currency in Germany for over 40 years. A program to buy foreign currencies starting in August 1921 signaled a temporary death spiral for this currency, as the German currency began losing a lot of value in quick succession. Things got so bad that the country could not meet reparation payments pertaining to World War I. In the end, bill denominations such as 50,000,000,000,000 German gold mark were common.

The currency introduced in the Serbian Republic in 1993 managed to stay afloat for about three months. It was eventually met with a high rate of hyperinflation, which remains one of the biggest threats to any fiat currency. The Krajina October Dinar was the third distinct dinar introduced in the Serbian Republic. It eventually became defunct as Croatia’s kuna became the dominant currency in this part of the world from 1995 onward.

Eastern European countries have a rough history when it comes to fiat currencies. Yugoslavia’s October dinar, which preceded the 1994 dinar, stuck around for three months. Serving as the fourth re-denomination of the Yugoslavian dinar, it could not stave off the rampant hyperinflation affecting the crippled country. It set the record for highest denomination of Yugoslavian currency, making coinage redundant altogether.