At press time, the price of bitcoin is still refusing to budge, and remains solidly in the $6,500 range. The currency continues to move in a sideways motion, and there’s no telling when – or even if – bitcoin will do anything different in the coming weeks.

Bitcoin bull and creator of the cryptocurrency merchant bank Galaxy Digital Mike Novogratz has lessened his end-of-year price prediction for the father of crypto and recently reported that he doesn’t expect the currency to surpass $9,000 by the time 2019 is ready to roll in. This prediction is roughly four times less than his statements from last fall, when he claimed bitcoin was likely to end 2018 at roughly $40,000. 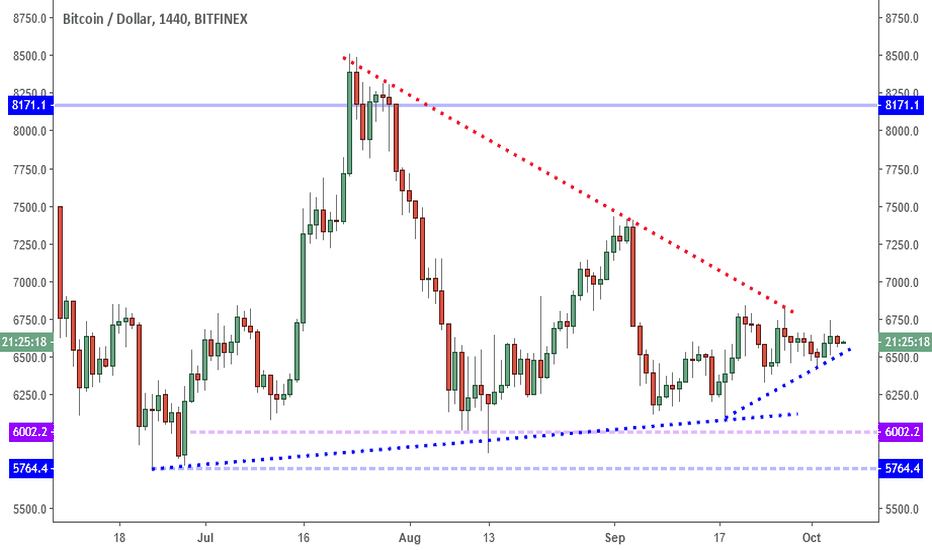 Novogratz went on to say that he feels much of the downward pressure on bitcoin’s price this year stems from the fact that institutional investors are looking to sell their stashes “just to find the burn rate in the industry” and pay operational expenses.

Last September, Novogratz commented that the bitcoin price was bottoming out. This caused a short Twitter war between Novogratz and persistent bitcoin bear Tone Vays, who claimed that the ethics and accuracy of his claims were likely false or misleading. He also questioned the validity of Galaxy Digital’s holdings.

In the middle of bitcoin’s refusal to move, one source is desperately trying to determine the coin’s total value, which it says could be set as low as ten dollars. The author comments that the currency’s nature is very hard to pinpoint, which in turn, has caused mass adoption to remain sluggish and weak. As the value changes virtually every day, and bitcoin remains excessively volatile, it’s very difficult to use on a day-to-day basis for standard purchases.

In addition, it is widely believed that many of the coins in circulation are owned by a select few individuals, which means they could potentially manipulate the market if they really wanted. This could also prevent the currency from becoming an internationally accepted currency. However, the author does point out that a limited number of bitcoins will exist by the time they’re all fully mined. Thus, the currency is likely to possess a “terminal value” of sorts.

In the meantime, current resistance for bitcoin sits at $6,860, and another source comments that:

“Traders should be patient and wait for the triangle to make a confirmed breakout. We do not know the direction beforehand, and there is no benefit to guessing it. We will follow trend and take positions once we see the breakout. Whichever direction the breakout is, we will have lots of room to move. Upper target is 12K and the lower target is around $400-500.”