At press time, the father of cryptocurrency is trading for over $6,500. This is about $300 more than where it stood yesterday.

Some analysts are going so far as to say that bitcoin is entering a “recovery phase.” While a $300 jump is a good thing, at this point, we must remain intelligent and come to the realization that it’s never a “sure thing.” For example, bitcoin began experiencing price bursts in the middle of July and fought its way to roughly $8,400. Then, it dropped down again. 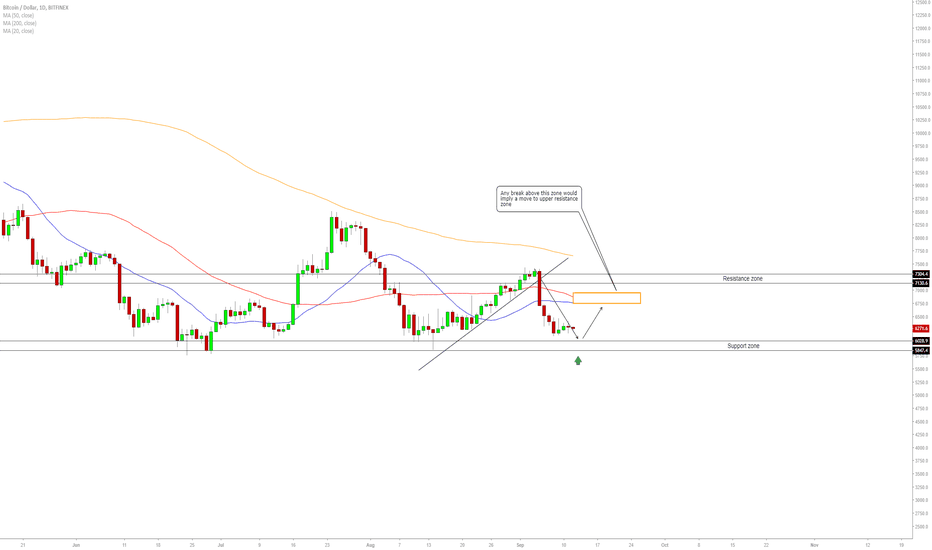 The same thing occurred last month. Bitcoin had another fantastic week, pushing itself to the $7,300 mark, but all the progress disappeared again, and there’s no telling if this won’t be the same story. It’s important to stay positive and optimistic about where bitcoin is and where it can go, but it’s also important to stay realistic, and though it would appear bitcoin’s price is recovering somewhat, we need to remain aware that the price could drop just as easily again.

One source had bitcoin resistance previously listed at $6,480. That line has been crossed and the barricade has been broken, which certainly places bitcoin in a potential position to move forward. In addition, Morgan Stanley is the latest Wall Street giant to offer its clients bitcoin trading services. Customers will soon be able to access bitcoin derivatives while “utilizing price return swaps.” This will allow investors to trade using bitcoin futures and contracts without owning BTC.

Many companies and startups are also working to solve custody issues behind bitcoin. This could potentially boost adoption, as securing coins and funds has always been a primary concern given how vulnerable exchanges are to hackings and cybertheft. Many business ventures are now looking for a way to safely store cryptocurrency funds the same way banks do with FDIC insurance.

“Institutional investors are very interested in finding a solution, but they haven’t seen one that they think is perfect for various reasons. They still self-custody and manage all their own keys.”

Digital currency company BitGo is looking to calm the security worries many crypto enthusiasts might have. The company recently received a trust charter from the South Dakota Division of Banking, making it the only regulated custody offering that’s built strictly for storing virtual money.

“This is the missing piece for infrastructure. It’s a treacherous environment today. Hedge funds need it; family offices need it. They can’t participate in digital currency until they have a place to store it that’s regulated.”