Bitcoin is unchanged over the last 48 hours and is still trading for roughly $6,500. The price is virtually unmoving, as during yesterday’s price piece we discussed the long “sideways” trend it was following.

However, where bitcoin has changed – at least according to one source – is in its volatility. The volatility of bitcoin is at its lowest point since the beginning of the year, giving enthusiasts something to get excited about. 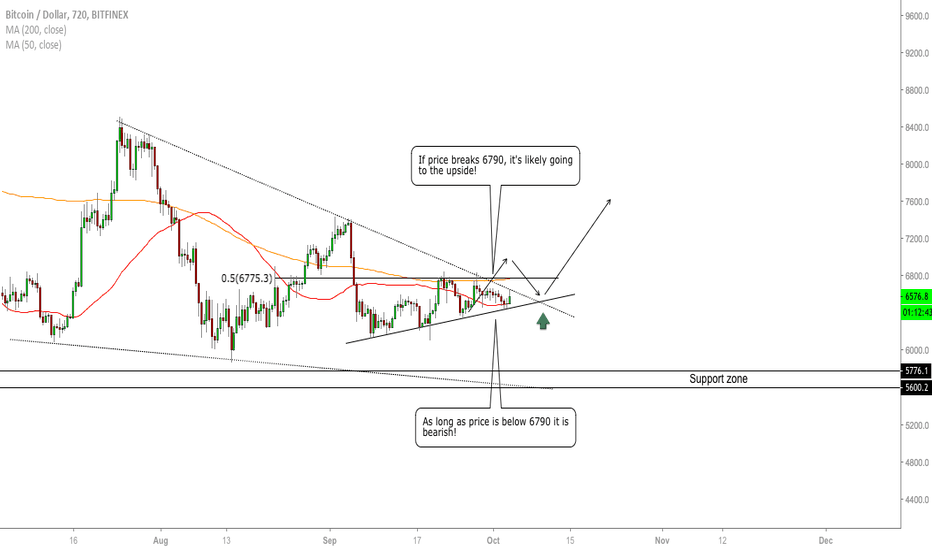 In a recent interview, Eric Ervin – CEO of Blockforce Capital – says that his team has compiled information regarding bitcoin’s most volatile moments throughout 2018 and compared them with current data. He claims:

“Both BTC volatility and spread between high and low prices at 30-minute intervals are at year-to-date lows. Volatility has been trending downward since the middle of September with the average volatility reading today (0.404) being the lowest it’s been all year.”

Joe DiPasquale – CEO of cryptocurrency hedge fund BitBull Capital – says we’ve entered a “wait and see” mode for bitcoin, and acknowledges that over the past several weeks, the currency has failed to experience any serious change in its overall price. For the most part, Tim Enneking – managing director of cryptocurrency fund Digital Capital Management – agrees with this statement, but feels that the same cannot be said for altcoins, which seem to be taking on more of the up-and-down behavior once heavily associated with bitcoin:

“We’re definitely in ‘wait and see’ mode, but there has been more volatility in the alts. However, it’s still lower than usual (based on this year), the recent big jumps in XRP and BCH aside.”

He also believes that crypto prices still have a moderate chance of traveling higher by the end of the year, sentiment shared by defense and tech specialist Michael Robinson. Recently, he stated that bitcoin could potentially reach the whopping price of $100,000 per coin, though he gave no indication about when or how this could happen.

At press time, the father of crypto is experiencing unusually strong resistance at $6,627, which is preventing the coin from moving any higher. However, one source claims that the sideways movement bitcoin is experiencing potentially offers room for several new traders to enter the scene. At the same time, it also gives established investors – or at least those who have been involved for a while – a sense of urgency. This could potentially spawn several exits, which in turn will lead to massive sell-offs and push bitcoin further into bear territory.

If bitcoin manages to move beyond $6,627, the next target price would be $6,660. This could possibly allow the bulls to take stronger hold of the financial reins.