At press time, the price of everybody’s favorite cryptocurrency has fallen back a bit to the $5,400 range. Yesterday, the currency was trading at just over $5,500, though it appears it’s found more comfort at a lesser spot.

One of bitcoin’s biggest bulls has been Tom Lee of Fundstrat fame. Lee has repeatedly commented throughout 2018 that bitcoin will be the subject of a major bull run that will take it up to $25,000 by the end of the year. Later, however, when bitcoin refused to show signs of adequate life, Lee ultimately slashed his end-of-year prediction down to $20,000. 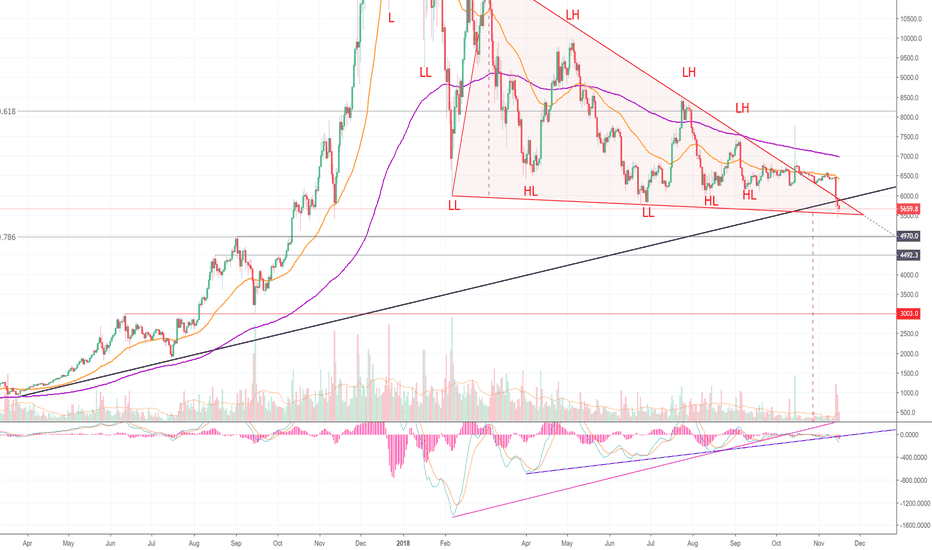 Now, the analyst is lowering his year-end price down to $15,000. This is roughly $10,000 less than where his original prediction stood, and yet somehow, it still feels unrealistic. We have just over 40 days left in the year. How on earth is bitcoin ever going to spike $10,000 in such a short period?

“While bitcoin broke below that psychologically important $6,000, this has led to a renewed wave of pessimism, but we believe the negative swing in sentiment is much worse than the fundamental implications.”

One thing that doesn’t ring with Lee’s words is that he’s touting optimism while concurrently slashing his year-end price prediction. For someone who claims to be completely for bitcoin and confident about its price abilities, he’s making a lot of last-minute changes that suggest otherwise. For example, if you’re so sure that bitcoin will do well from here throughout the end of the year, why not stick to your guns and keep your prediction at the $20,000 or $25,000 range?

It’s unclear what Lee is trying to accomplish, but his words and his actions speak very differently from each other. He’s touting bitcoin and saying that people should remain positive while inadvertently admitting that there is little time left for bitcoin to improve before 2019 rolls in and cutting his prediction down even further.

Either way, things aren’t looking good for bitcoin as of late. Lee’s associate Rob Sluymer – who also works with Fundstrat – recently stated that it will take “weeks, if not months” for bitcoin to come back from the “technical damage” incurred by the recent price fall.

In addition, some analysts at Bloomberg are claiming that bitcoin’s price drops are far from over and suggest that the father of crypto could go down to roughly $1,500 before experiencing further hikes.

They blame the sudden drops on the bitcoin cash hard fork that recently took place, explaining:

“There’s a small chance that – it’s difficult to estimate – something really bad could happen related to bitcoin cash that could then impact the entire crypto market.”