At press time, the father of crypto is trading for just over $3,700. This means that the currency has dropped by roughly $100 since our previous price article and is struggling to surpass present resistance at $4,000.

The year has just begun and it’s difficult to assume what will occur in the long run, but 2019 is already starting off with whether bitcoin can once again enter the $4,000 range. Competing major coins like Ethereum have managed to defy analysts’ expectations heading into the new year by maintaining its newly-acquired $150 position, but bitcoin is still trudging through the muck. 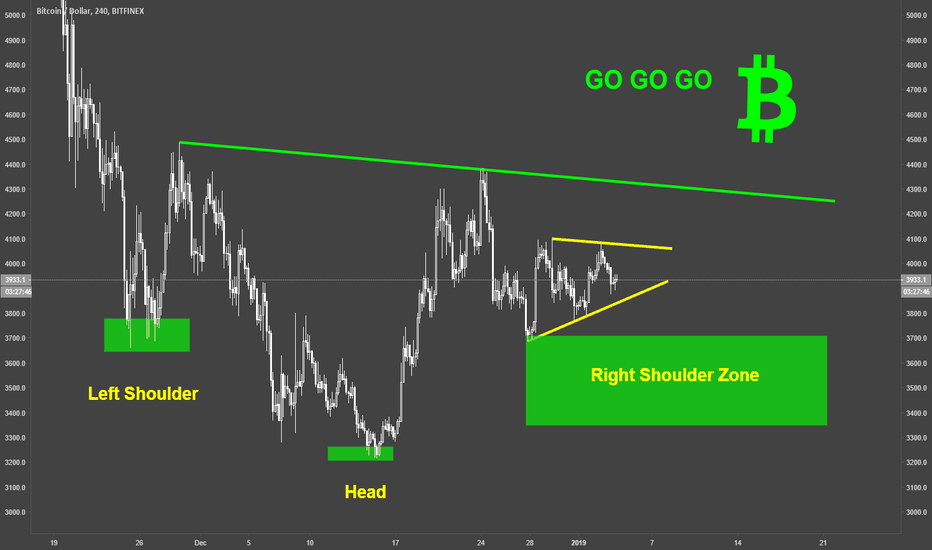 However, new data released by Bloomberg suggests that the currency could potentially burst in price over the coming weeks granted buying pressure continues. The data states:

“Should buying pressure persist as it has over the past 13 days, bitcoin may continue to see a rise in prices.”

Right now, bitcoin’s buying phase is in its longest run in six months. So long as this keeps up, maybe we’ll see the currency return to $5,000 or even $6,000 by the end of January.

Analyst Mati Greenspan of e-Toro fame commented on bitcoin’s new status, claiming that bitcoin is much closer to the bottom than it is to the top. He states:

“I’m seeing an industry that is growing at a very rapid pace right now, where we see companies that are involved in bitcoin and blockchain hiring at a rapid rate. We see new projects coming online. We see all kinds of indication that people are getting more and more involved in the market.”

Leading into 2019 have been consistent worries and concerns regarding the slow adoption rates amongst both retail investors and consumers in permitting bitcoin to serve as a legit payment option. In addition, 2018 also provided us with slowed institutional interest, thereby preventing full legitimacy from entering the scope.

However, one thing many crypto enthusiasts are looking forward to in the coming weeks is the Ethereum hard fork that’s scheduled to occur. One of the big events leading to bitcoin’s decline during the final months of 2018 was the bitcoin cash fork. The move proved very controversial, pitting many industry leaders against each other and sending crypto prices into a deep spiral.

By contrast, many analysts believe the Ethereum hard fork will lead to different results and cause bullish trends to appear, once again, from the shadows. One of those analysts is professional crypto trader Alex Kruger, who explained in a recent interview:

“Once mining is past the initial (and painful) adjustment period, less mining supply mined by fewer miners will be decidedly bullish.”