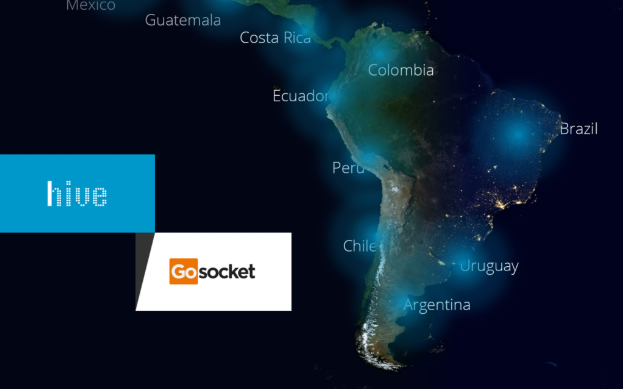 The Hive Project (HVN), which used blockchain tech to provide quick liquidity via invoice financing, has announced a partnership with Gosocket, the social business network connecting 12 countries throughout Latin America.

In a true blockchain use-case success story, the deal will soon open the doors for more than 1 million Gosocket active users to access fast liquidity, with over 500 million invoices ready for funding on the HVN-Anticipos Terminal.

From Latin America to Europe

The business agreement paves the way for Hive Project to be one of the very first blockchain startups to be welcomed into traditional economic framework, demonstrating business use-case in global finance. Under the new deal, its native HVN token will be integrated into Gosocket’s Anticipos advance payment solution. Home to more than a million active users, Gosocket has processed over $7 billion worth of advance payments and verified more than 500 billion electronic invoices.

Hive Project partner and CFO Ugur Yildirim reflected on the significant milestone reached less than a year after its token sales, saying that the merging of technologies between the two companies would be a catalyst for business growth in Latin America, while presenting the chance to use Gosocket’s technology in Europe:

“Apart from making a great business case in the global finance industry, this agreement will also create strong organic demand for our utility token (HVN) because all users will need it to access the invoices traded on the HVN-Anticipos Terminal.”

“… Gosocket has been developing some disruptive concepts including proactive financial services for SMEs, and our partnership with Hive Project brings what we believe will be probably the next step in the digitalization of financial services… the usage of cryptocurrencies.”

A new era for blockchain in global finance

HVN was CoinAgenda Global’s best token sale of 2017, recognized for its breakthrough innovation of unique fingerprinting to every issued invoice. Invoicing automation takes blockchain tech a step closer to commercialization and participation in a EUR 3 trillion global invoice financing market.

To learn more, visit the Hive Project website or see the details on their team. More details can be found on the Hive Project Media Kit. Interact with the community and join the discussions on Facebook, Twitter and Telegram.