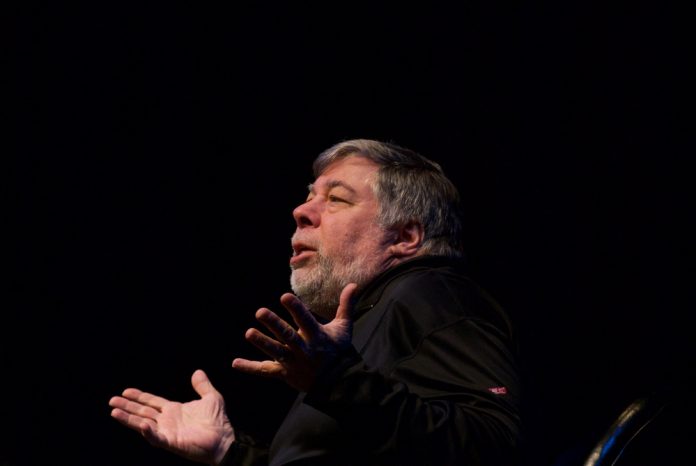 Steve Wozniak has been in the technology industry for a long time, and he has seen it all. He was there during the dotcom era, and he believes that blockchain is similar to the dotcom bubble. Wozniak, who founded Apple with Steve Jobs four decades ago and has watched it become the biggest tech company in the world, believes that blockchain has the potential to transform the world. He is especially optimistic about Ethereum, whose ability to host decentralized applications gives it an edge over other blockchain projects, he said.

Blockchain technology, just like the internet, will change the world, but it needs time to do that, Wozniak said. Speaking during the NEX Technology Conference in New York, Wozniak said:

It doesn’t change in a day; a lot of the blockchain ideas that are really good, by coming out early they can burn themselves out by not being prepared to be stable in the long run.

Wozniak is especially impressed with Ethereum, which he believes has an edge over its competitors. This is because it offers developers the ability to develop their own decentralized applications. While Ethereum may be the most likely to succeed due to its applications, it’s Bitcoin that he believes will become the digital gold. This isn’t the first time Wozniak has endorsed Bitcoin, having echoed Twitter CEO Jack Dorsey’s similar sentiments earlier in the month during an interview with CNBC. He believes that despite shedding two-thirds of its value since the year began, it’s still “just amazing.”

Wozniak also revealed that he owns one BTC and two ETH. He had purchased Bitcoin when it was just $700, and when its price became too volatile, he got scared and sold all but one of his bitcoins. He also touched on the untapped potential of blockchain tech to power social media platforms. He said that it was time a new and innovative solution was developed to challenge Facebook’s monopoly in that area.

This wasn’t the first time Wozniak has criticized Facebook and asked people to develop solutions that can challenge the social media giant. During the WeAreDevelopers Conference in May, Wozniak expressed his disappointment at Facebook’s data breach, terming it a gross and unacceptable violation. We began by losing our security when hackers developed sophisticated programs, and now we are losing our privacy, he lamented. With blockchain, security and privacy can be enhanced, and Wozniak hopes that social media will be overhauled by blockchain solutions soon.

In a previous interview, Wozniak expressed his belief in Bitcoin as a potential universal digital currency. According to The Woz, as he is fondly known, Bitcoin’s decentralization and immunity to manipulation shows that it’s natural, “and nature is more important than all our human conventions.”

While there are many altcoins out there, Bitcoin is the only one that remains “pure”, according to Wozniak. The other cryptos, in a bid to attract more attention and steal Bitcoin’s fans, have sacrificed the central properties that attracted people to Bitcoin in the first place such as complete decentralization.