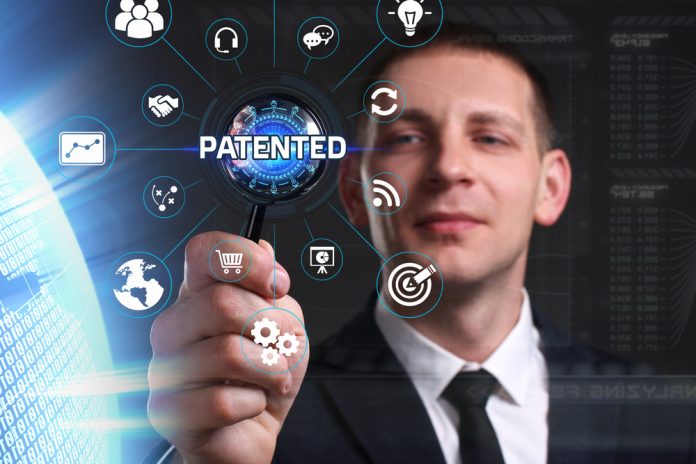 Facebook has thrown its hat in the blockchain ring now too, with patents to handle payment authentication and processing. And they’re not the only ones. Visa and Mastercard are busy gathering blockchain patents, as well as IBM, who now holds 42, and Bank of America, leading the pack with 45 live patents.

Like net neutrality, the future of blockchain use may well end up in the hands of the companies that are positioned to make decisions about it.

Disrupt Yourself Before the Disruptors

One of the patents Visa has filed is a B2B payment system that could alleviate some of the logistical headaches involved when a third-party payment, say an international transfer, involves a lot more than three parties.

Blockchain technology could theoretically turn such transactions, which can take hours or even days, into near-instant, two-party ledger exchanges. Of course, being the third party, one imagines Visa wouldn’t want their system to be too efficient.

If blockchain cut out the third party entirely, Visa would be out of a job. That means controlling this intellectual property has both defensive and developmental appeal for a company like Visa.

Bank of America, meanwhile, has been buying up blockchain patents like they’re expecting a war. As they’re not a tech company, Bank of America’s patent holdings are not likely meant to develop blockchain technology.

According to BoA, they just want to stay ahead and be prepared. But they could also be staking out territory in advance, positioning themselves to profit when new innovations encroach on their intellectual claims.

If so, could this halt blockchain’s progression by discouraging people from innovating, lest they open themselves up to a lawsuit?

Many of the other patents come from innovators, entrepreneurs, and blockchain startups. Eric Lamison-White, for example, developed a system for stabilizing cryptocurrency accounts. As the founder of Pareto Network, a crypto intel platform for investors, he was ahead of the curve, filing his patent in 2014. Bitcoin may have been in full swing, but the patent boom hadn’t started yet.

Lamison-White’s system tackles what he calls the “primary criticism of cryptocurrencies”: their volatility. It’s a structure of interconnected accounts that removes volatility from owning cryptocurrencies. How?

According to him, “The pricing risks to owners is easily mitigated by a variety of hedging techniques that are available in all other asset classes. Hedging with options, futures, and swaps allow for stable value or any risk profile that an owner or even a speculator would desire.”

Unlike other holdings, which are usually sold in bulk, crypto assets are divisible into infinitely small portions. “A futures contract on oil costs $80,000, for example, although a trader only needs to put up maybe $4,000 as a minimum,” he notes. “This is because the contract represents the price of 1,000 barrels of oil or something crazy.”

But with crypto, you can trade 0.01 units as easily as 1,000. “This means that people with very small amounts can access the hedging protection that had only been available to the wealthiest and investment banks for most of the last millennium.”

His system addresses this via a stabilizing account loaded with a reference currency, like dollars, that automatically feeds and detracts from one’s crypto account as its value fluctuates, so you always have the same dollar value in crypto. In a sense, it transfers the volatility to your fiat currency.

Other Interesting (and Creepy) Ideas

The system keeps close tabs on each chicken and its environmental conditions through an instrument they describe as a “chicken band.” The sensory device gathers info about air quality, drinking water purity, temperature, animal movements, soil pollutants, and so forth, and uploads it directly to the tamper-proof blockchain in real time.

The project, called ‘GoGo Chicken’, is a fix for cringe-worthy incidents like when McDonald’s and KFC were selling rotten meat in 2014. “Our goal is to provide everyone with a safe and reliable chicken,” Zhang Xueyuan says.

A further patent, filed this past May, is looking to turn blockchain on its head entirely.

The team of inventors is comprised of the CTO of Brainworks Software, Michael T. Chiaramonte, Managing Director at Accenture (the company in whose name the patent was filed), David Treat; as well as researchers from Stevens Institute of Technology, Friedrich-Alexander-Universität, and UC Santa Cruz.

They claim to have found a way to make the blockchain rewritable and non-tamper-evident at the same time.

Through their system, a “trusted party” holding a secret key can access a block through a previously nested trapdoor, or “chameleon hash,” and rewrite the blockchain’s supposedly infallible history. The implications of this, needless to say, are rather concerning.

Inventive Patents Are Pushing Blockchain Forward, but Also Commodifying It

Inventive minds are doing the boots-on-the-ground work of moving blockchain forward. Bank of America and other big fish are keeping a hungry eye on those innovations, ready to snatch them up and potentially threaten the future of freeform blockchain development.

Like most things blockchain, it’s still too early to tell who will come out on top or what the repercussions will be. But it seems that negotiations between patent holders large and small will shape the future of blockchain and write the rulebook on how it’s used. And like net neutrality, the consequences will affect us all.