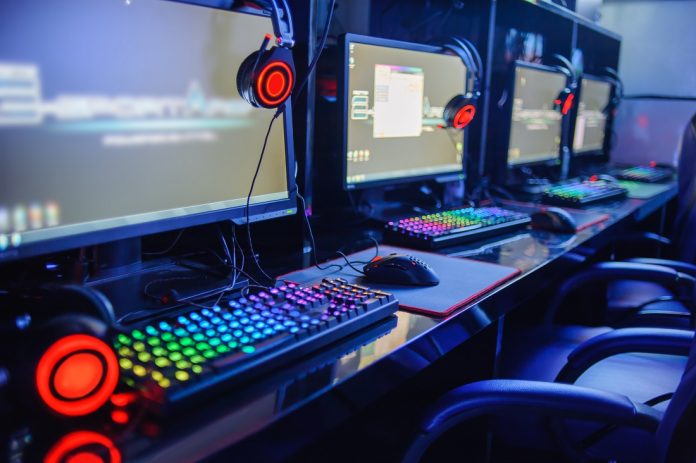 The digital entertainment industry is unfair and largely one-sided. Large streaming and distribution platforms dominate the space and take the lion’s share of creators’ profits, leading to an imbalance between the ability of creators to negotiate the financing of their work and hosting platforms’ ability to justify their pricing. This applies to e-sport entertainment as well: large streaming platforms like Twitch either beat out or acquire smaller ones, and in cases where they don’t, their centralized content platforms give them flagrant control over where gamers stream and how much they make. All in all, the state of the digital entertainment industry keeps all but the top 1% of all competitive gamers from developing their skills and scaling their gameplay in a monetizable way, and inhibits many otherwise highly talented artists from reaching their target market because of the extravagant cost of distribution industry leaders charge their subscribers. And, with recent data privacy scandals enveloping large content companies like Facebook and Google, consumer participation in large content platforms is declining.

Blockchain technology, a distributed trustless digital ledger indicating how much in digital assets and smart contracts are associated with different addresses, is being used increasingly by blockchain startup companies in the digital entertainment space to help artists and gamers realize outsized value directly from their followers. They intend to remove the middlemen—distribution platforms such as Youtube, Spotify, and Twitch—from artists’ sales funnel, allowing them to connect directly with and bill followers for consuming their content. Decentralized platforms that creators, artists, and competitive gamers can use to connect directly with their fans reverse the revenue equation, making digital entertainment customer-centric and creator-controlled instead of corporate-centric and corporate-controlled. Given the current dominance of corporate-controlled centralized platforms that take away artists’ and creators’ control over their own work, decentralized platforms and apps appear to be chiefly poised to disrupt the market.

Bora Ecosystem is one such app. The decentralized entertainment platform is staged on the Ethereum blockchain and uses a two-tiered chain structure including Proof-of-Authority (for creators to retain digital rights over their content) and scalability to make services available to all users within a modular structure, ensuring that the app remains independent and stable for all users. The structure of the app makes for an easy-to-use content distribution ecosystem that lets creators and gamers distribute their services directly to their user bases. It is also two-way, since it uses tokens to incentivize user participation as well. It’s not perfect, though: running on the Ethereum blockchain means it’s not very scalable, at least not at first glance. That’s why the Bora Ecosystem is made up of a dual network design providing a parallel blockchain called BORA Chain to service providers on the network. That in turn provides a dual token system comprised of BORA tokens and points to make the app structure flexible enough to handle lots of different environments while incentivizing usage. And using the BORA Chain in combination with smart contracts, users get convenient transactions and enhanced security, while providers get the ability to store items like issuance, transactions, and attributes on BORA Chain. This makes for an environment where creators have full autonomy and distribution rights over their work, and users are incentivized to patronize them.

UjO Music is another entertainment company looking to take out the middleman. The platform uses a blockchain-based database to categorize rights and the owners of those rights to automate royalty payments with cryptocurrency and smart contracts. Combining automation with blockchain technology is powerful when you consider that the latter is open-source and publicly auditable, with the added bonus of providing multiverification-based security. By automating payments to artists directly from music sales royalties through self-executing contracts on the Ethereum blockchain, UjO Music is another blockchain platform to watch closely, both for businesses and consumers. For the former, UjO could provide powerful partnership opportunities for advertising and marketing delivery paired with artist music sales that would be automatically monetizable. For the latter, UjO could provide lower pricing for artist albums stemming from diminished cost of sales on the  creator end. Don’t take my word for it: in 2015, Imogen Heap and UjO Music partnered to produce the first music track sold on the blockchain, Tiny Human, following a comprehensive marketing campaign that year. While at the time total sales for that track only totaled $133.20 (yes, you read that right, one hundred thirty three dollars and twenty cents), UjO’s technology has only improved, featuring identity digitization, instant publishing, licensing control, and distribution control to a host of different applications.

Digital entertainment is slowly being exposed to the disintermediating effects of blockchain technology, and though the total number and overall maturity of the use cases are still in their infancy, they provide a solid foundation to a potentially bright future for gamers and artists in the future.

What are your thoughts on how this technology is taking off? Would you use either of these to get your music out there or gain followers for your gaming tournaments? Post below and let us know!