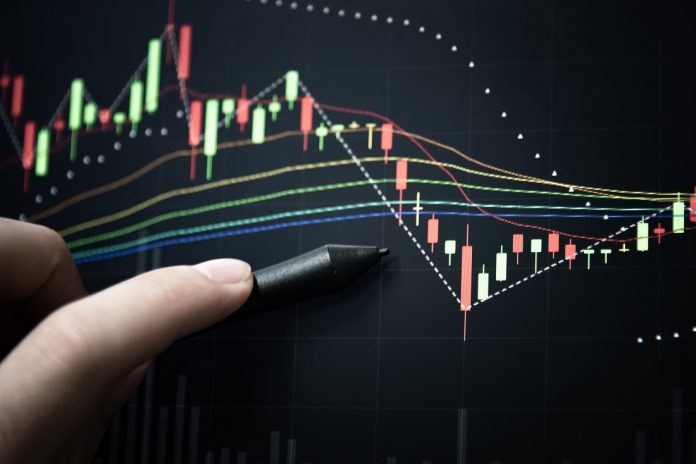 Analyzing financial markets can often be done in many different ways. Most market speculators and investors rely on technical analysis to discover recurring patterns and signals. Not everyone is a fan of this approach, as the recent comment by Brenna Sparks clearly illustrates.

On paper, it has become more than apparent history can and will often repeat itself. Whether this is due to not learning from previous mistakes or simply because of naturally occurring patterns, is always subject to debate. In the financial sector, those patterns and trends play an even bigger role of importance. They can shape the future of entire markets, even in the cryptocurrency industry.

When it comes to Bitcoin and altcoins, technical analysis is often considered to be a go-to solution in terms of predicting future price movements. There is a track record of relatively accurate predictions, although the concept is still subject to some scrutiny as well. One saying goes how technical analysis can “only work if enough people believe these patterns will happen again”. A saying that is often difficult to discredit, even though technical analysis isn’t a black-and-white ordeal either.

As one would expect from technical analysis, it is not an exact science either. While these tools can help identify possible market movements, there is a genuine chance predictions will be completely wrong. This has also become more than apparent in the cryptocurrency industry over the years, which sparks some rather active debates on a regular basis. One of the latest “discussions” involves Brenna Sparks, a well-known internet personality with a keen interest in cryptocurrencies. 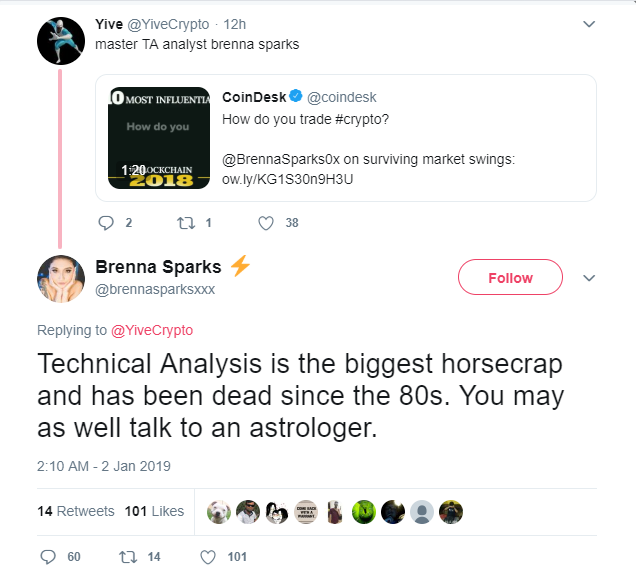 As can be seen in the Tweet above, Sparks isn’t necessarily a fan of technical analysis. While claiming it is “horsecrap” might be a bit of a strong sentiment, it is also a valid argument. More specifically, technical analysis is something most people associate with traditional finance rather than volatile markets such as cryptocurrency. As such, one has to wonder if the concept can be “copied” to evaluate future movements of Bitcoin and altcoins.

Statements like the one made by Sparks usually draw a fair bit of attention. As can be seen throughout the entire Twitter conversation, there are those who immediately attempt to discredit her opinions. Others seem to firmly agree with her. This is part of what makes cryptocurrency so exciting, as lively debates can be found at any given moment. More importantly, everyone is entitled tot heir own opinion and crypto users will not hold back in voicing their sentiment.

In the end, predicting the future is a trait no human will ever master in an accurate manner. Trying to determine where cryptocurrency markets will head next is as much of a guessing game as it is a skill-based venture. Technical analysis has its role to play, but it will never be 100% accurate. It was never meant to be the “undeniable truth” either, which is something people tend to overlook more often than not these days.