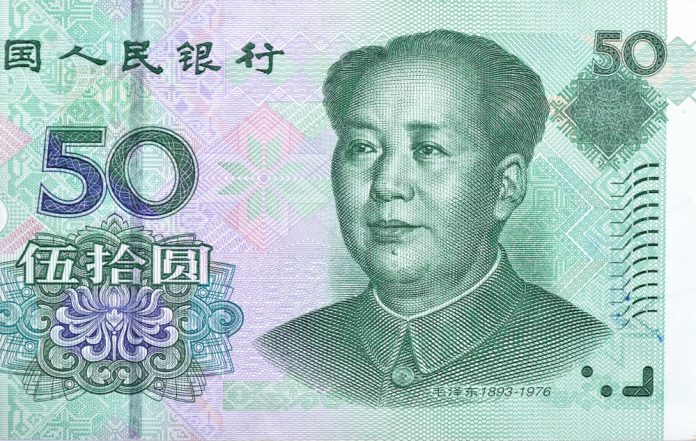 China is one of the more technologically advanced nations in the world, and with its population closing in on 1.4 billion, it was naturally one of the biggest Bitcoin markets during the cryptocurrency’s early days. Many of the biggest exchanges in the world were established in the Asian nation, with reports indicating that at one time over 70 percent of Bitcoin miners were located in the country. Things have changed greatly and China is no longer the thriving Bitcoin territory it once was. The government has implemented several laws in an effort to protect investors, including bans on ICOs and crypto exchanges. According to a new report, these regulations have had far-reaching effects, and from a one-time high of 90 percent, the Chinese yuan now accounts for only one percent of Bitcoin’s total trading volume.

Having banned ICOs last year, the Chinese government has consistently taken steps to stamp out crypto trading in the country. The country banned crypto exchanges as well, forcing some of the biggest exchanges such as OKEx and Binance to seek solace elsewhere, but this didn’t stop Chinese crypto enthusiasts from trading, as they turned to offshore platforms. In February, the government announced that it would ban all websites related to crypto trading, including foreign platforms, as it sought to stamp out crypto trading completely. The ban affected over 100 companies including those which were originally from China such as Huobi and Binance. And according to data from the People’s Bank of China, it may have succeeded.

The data shows that only 1 percent of the global Bitcoin trading volume involves the Chinese yuan. This is a drastic drop from the 90 percent registered during the Bitcoin boom during the end of last year, and according to analysts quoted by a local publication, this is proof of just how much success the country’s regulations have had. While the yuan’s share of the market was expected to drop significantly following the ban, not many observers anticipated such a drastic drop.

China has shut down 88 crypto trading platforms since the new laws were implemented, the report added. 85 ICOs also met an untimely end as the government cracked down in earnest on the crypto industry. While many other countries are working on regulating the industry in a way that doesn’t stifle innovation and growth, the Chinese government will not lift its ban anytime soon, the report said, citing senior officials in the country’s central bank.

The unfriendly operating environment in the world’s second-largest economy has led some of the largest exchanges to seek exile in other territories. Japan, Singapore and South Korea were the first choices for most exchanges, but when the regulatory framework in these countries changed, they sought solace elsewhere. Japan had established itself as one of the most crypto-friendly countries in the world, having been the first country to declare Bitcoin a legal payment method. However, following the hacking of the Coincheck crypto exchange, the government began to crack down on crypto exchanges. The crackdown has seen some exchanges such as Tokyo Gateway close up shop, while others like Binance have moved on to greener pastures.