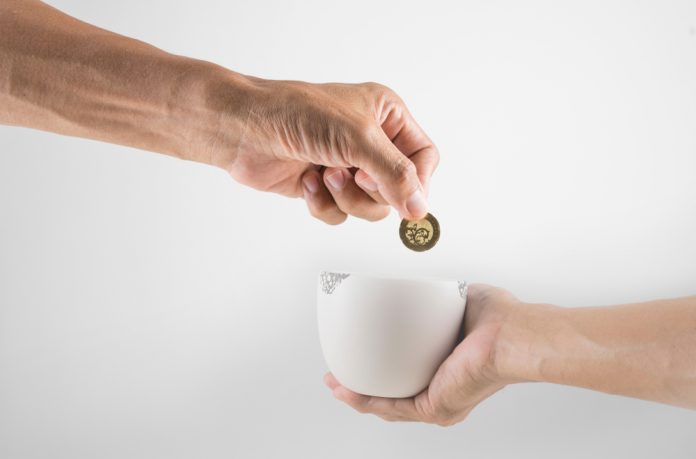 Over the years, crypto investors have amassed a lot of wealth, and they are bound to give it back to society. So, why not create a crypto-based nonprofit organization that gives them a platform to do just that? This was the motivation behind GiveCrypto.org, a nonprofit organization founded by Brian Armstrong, the founder of Coinbase. Armstrong, who also serves as the exchange’s CEO, seeks to empower people living in poverty by distributing cryptocurrencies to them, a method that’s cheaper, more efficient and more transparent than existing methods. In the long run, this will not only help alleviate poverty, it will also create local crypto economies in which aid recipients will use cryptos amongst themselves, Armstrong explained.

Over the years, crypto investors have come to be associated with flashy cars and fancy lifestyles as they seek to show off their wealth. This is, however, not representative of the entire community, according to Armstrong, who insists that there are many in the community who wish to use the wealth accrued to further the crypto agenda and help those in need. In a blog post, he commended those making efforts to share their wealth with the less fortunate, such as Ripple’s recent donation of $29 million to public schools and the now-defunct Pineapple Fund. GiveCrypto will be a culmination of all these efforts.

The charity will kick off with direct-cash transfers to people in need. These transfers will be done through cryptos, as they are more affordable – especially when sending small amounts – and they can be done in real time. With corruption and misappropriation being among the most common challenges facing most charities, the use of cryptos will ensure that those in need get what is meant for them.

Once recipients get those funds, they’ll have three options. The first and the most likely – especially at the beginning – is converting the cryptos to local currencies for everyday use. This will spur the growth of local exchanges as the service becomes increasingly crucial. The second will be to hold the cryptos for speculative purposes. The third option will be to use the cryptos for retail purposes, an outcome which Armstrong hopes will spark the growth of cryptos in developing nations. With a substantial number of local people owning cryptos, they will increasingly transact it amongst themselves instead of first converting it to fiat money.

GiveCrypto intends to raise an initial $10 million for the cause. It has already raised $3.5 million, with Armstrong personally donating $1 million. The organization will then begin to distribute the funds through its ambassadors. These are volunteers from local communities whom the charity will entrust with its funds. The initial phase will involve assessing the usefulness of the model, how local communities use the funds, and how best to distribute the funds in the future.

Armstrong is very optimistic, and in the next two years, he targets an ambitious $1 billion fund size. In the long run, he hopes the fund can uplift millions of people from poverty and bring the world a step closer to equality which, according to him, was Satoshi Nakamoto’s ultimate goal.

GiveCrypto was an idea Armstrong has previously expressed interest in, having written a blog post about it in January. He proposed a charity which would operate just like GiveDirectly.org, only that it would use cryptos instead. Such a venture would accelerate the rate of growth of local economies as well as the real-world utility of cryptos.