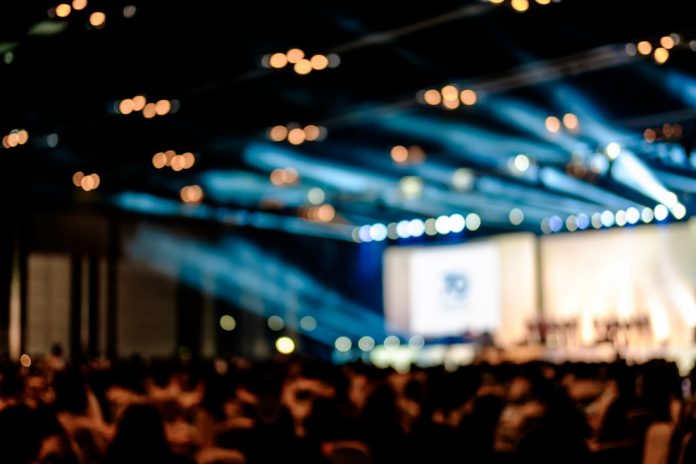 Blockchain Week is officially here and in full force! Thousands of individuals and projects representing every sect of the space have traveled out to New York City for the annual crypto event. Among the conferences, panels, and networking events offered throughout the week, the primary focal point is Consensus.

Consensus 2019 began today, May 13th and will conclude at the end of Wednesday the 15th. Down from last year, this year’s attendance is roughly 4,500, and represents executives of some of the largest projects in the space, as well as those from enterprise corporations like Microsoft and IBM.

After opening remarks from CoinDesk CEO Kevin Worth, Executive Vice President of the New York City Economic Development Corporation Ana Ariño gave a speech regarding the impact blockchain is having on NYC. She shared that cryptocurrency initiatives generated over US$500 million in Venture Capital funding last year, a five-times increase from the year prior. Alongside that, blockchain jobs in NYC exceeded 2,200 in 2018, a yearly increase of 400%.

She added that the New York City government has been very blockchain curious. The culture of New York is of one that is quick to adopt. As there appears to be an increasing pertinence of blockchain to the likes of finance, real estate, healthcare, and government- New York’s largest industries of employment- government officials have began participating in blockchain workshops to get a better understanding of the emerging tech.

Afterwards, Alex Sunnarborg of Tetras Capital addressed the audience with his “State of the Blockchain” address. In short, Sunnarborg expressed great excitement in the position of the markets and the industry. He pointed towards a return to all-time high of mining hashrate, emergence in popularity of decentralized finance (DeFi) through the likes of MakerDAO, which has locked up over 2% of all Ether, and lack of impact by recent news of Bitfinex financial concerns and the Binance hack as indicators that we’ve returned to a bull market.

He additionally looked towards wider adoption by the corporate world. “”Even with the declining markets, people keep coming to blockchain. Blockchain was 2018 biggest job emerger by miles,” said Sunnarborg. “The amount of companies that are building with blockchain are truly more than ever before,” he added.

In the exhibition halls, major industry players like Tron and Hyperledger shared space with the likes of Microsoft, IBM, and Deloitte. Many projects came prepared to share their developments and announce exciting, new initiatives. Perhaps the most exciting was Microsoft’s demo of their new blockchain services provided by Microsoft Azure.  Through a partnership with Quorum, an Ethereum fork with emphasis on confidentiality, Azure users can deploy private blockchains and build decentralized applications and other services with the help of the Azure suite of development tools.

For those worldwide observing Consensus and blockchain week, the most interesting aspect very well may be the infamous jump that usually takes place during this period. With the exception of last year’s, where Bitcoin began to fall from local highs around US$9,000, Consensus has typically caused a sharp gain in crypto markets. Since the start of Consensus 2019 this morning, Bitcoin has climbed over US$800. In the past day, it’s up a whopping $1,000, a growth of 14%.