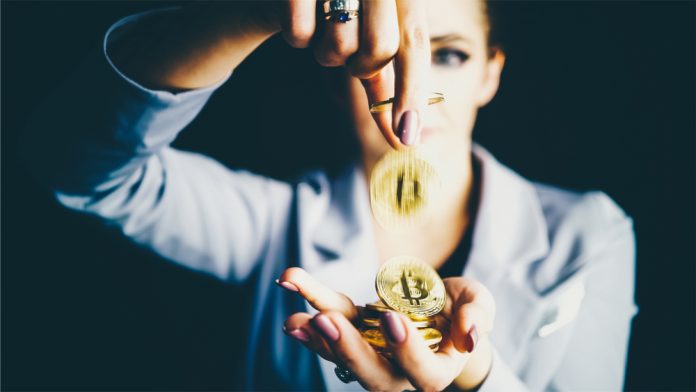 The number of women interested in investing in cryptocurrencies has more than doubled since the beginning of the year, a new study has revealed. The study was carried out by the London Block Exchange, a leading crypto exchange in the UK, and found that crypto interest among men had barely changed in the first six months of 2018. The report also outlined some of the defining characteristics that differentiate male and female investors, including levels of collaboration and reasons for investing.

The report revealed that the proportion of women interested in investing in cryptos stands at one in eight, or 12.5%. This has more than doubled from the 6% polled in December of last year, reported City AM on June 9. The interest is higher among millennial women, with one in five expressing interest in crypto investment.

While the industry has been a male-dominated field for long, women are making inroads according to Agnes de Roeyer, an analyst at the London Block Exchange who was quoted by City AM.

There’s still a common misconception that cryptocurrency is a game for men, but we’ve seen hundreds of women sign up for our exchange in the last few months, and some of the most inspiring and knowledgeable investors leading the way in the industry are female.

The report also looked at the differences in motivation between male and female investors, with many men investing out of the fear of missing out. Women were found to be less likely to invest out of FOMO and invest strategically, taking into account all the pros and cons of the digital currency in which they invest.

Women are likely to consult their friends and family members when making a decision on which cryptos to invest in, the report suggested. On the other hand, men aren’t as collaborative and prefer making the decision by themselves.

Apprehension Toward Cryptos In The UK

An earlier survey had revealed great apprehension toward cryptos in the UK, with 71% of the respondents stating that they wouldn’t use existing cryptocurrencies. The survey found that there is widespread awareness of cryptocurrencies – 92% are aware of the existence of Bitcoin – with the next most popular cryptos being Bitcoin Cash, Ethereum, and Litecoin, respectively.

Interestingly, the UK market responded more positively to the prospect of a digital currency developed by the huge tech firms. Amazon was the most popular choice, with 26% of respondents stating that they would embrace an Amazon-issued digital currency to conduct transactions. Google, Apple and Facebook were the next most popular choices at 19%, 17% and 14% respectively.

The report echoes the results of a survey conducted by London-based trading platform eToro which was carried out between March 2017 and February 2018. The survey found that female investors in the sector only accounted for 8.5% of all investors, while males accounted for 91.5%. Most females were interested in XRP, while Ethereum was the most popular among the male investors. Novice investors with no prior trading experience comprised the majority, accounting for more than 80% of all crypto investors, the report found.